AN AMERICAN IN UŞAK

When I found out that I would be going to the town of Uşak, Turkey as part of the Fulbright English Teaching Assistantship, I didn’t quite know how to react. I looked on line and only found references to ancient carpets. I looked on the map and saw the big cities of Turkey were hours away. I looked in the dictionary and still did not know how to pronounce the name Uşak (it’s ooh-shock). Needless to say, I knew I was in for a culture shock.

In reality Uşak as well as the other non-touristy towns of Turkey are bursting with beauty, life, and hospitality.  I entered a brand new university that possessed the dynamic energy and openness to allow me to construct my own curriculum for courses, mentor students with aims of visiting the United States, assist in and improve the study abroad program, and design a faculty class with significant leeway to use non-traditional teaching methods and incorporate learning outside the classroom. As a first time teacher, I was consistently impressed by the breadth of English learning and commitment to fostering a campus-wide acknowledgment of the power of the English language. While on paper statistics may show Turkey as a country with rather high anti-U.S. sentiments, in person the political divides that cut across ideological identities dissolve amongst field trips to ancient ruins and shared meals. Every day spent in Uşak was a new opportunity for me to both teach others and learn myself. 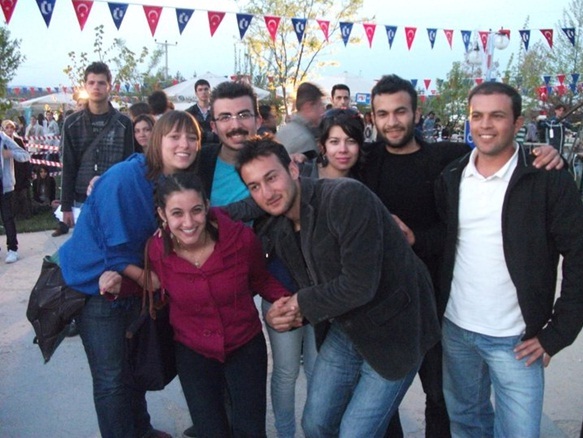 While eager to travel and visit the array of beauty in other parts of Turkey, at times the best moments were the ones spent most simply a pic-nic with students in the park, a stroll around the public gardens, a drawn-out game of backgammon over a constantly re-filled strong glass of tea. For in living in a place with relatively few social amenities, I became more in touch with myself. I learned, after a long while, to feel the extreme joys that Turks feel in offering help to strangers, in just being with their families, and in maintaining connections with friends. Turkish culture is one of a never-ending “pay it forward” mentality that is boundless in its act of giving. Sometimes in America the sense of trusting those around us can be off-put by a sense of individualism and self-entitlement. Rediscovering the communal trust most of us lose after childhood was an absolutely beautiful and unexpectedly rewarding gift that living in Uşak provided me.

This is not to say that my time in rural Turkey did not challenge, frustrate, or disappoint me in any ways. At times I felt the push of bureaucracy against my American norms of classroom conduct, or the social pressures of conforming to my colleagues’ preferred methods. Walking the streets, I at times opined the heat as I stuck to the shoulder and knee-covering outfits the majority of women wore, or became frustrated at the more fluid sense of time after multiple get-togethers lasted well into the late evening hours. I constantly fielded questions from the nicest older women at my local gym as to why I was working out when I did not from the looks of it need to lose any weight. I was told-repeatedly and in a worried tone-that my diet consists of enough sugar to fill thousands of cups of tea-even without my annual Halloween boost of supplies. Yet for all that the benefits of sticking out the two years well outweighed any frustrations I may have had. I returned to America with a strong love of most things Turkish and a desire to maintain my connection to Turkey as part of my professional goals. 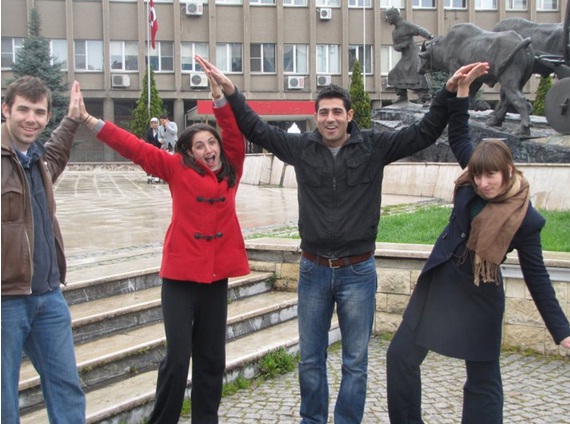 A final question that comes up frequently when I speak of Turkey is religion-what was it like for me to be in a Muslim country and how was my own religious practice affected? Most people I speak with really have no sense of how religion impacts society in Turkey. They have a sense that everyone walks around in hijabs and burqas, fully covered from head to toe like Saudi sheikhs riding camels from home to work. I tell those I meet that Turkey should really be thought of as a Westernized country with an underlying respect for their traditions and culture, which do emanate from religion. While this is not the place to delve deeply into the meaning of that statement, I assure Americans that moving to Turkey is culturally fascinating without being practically restraining as some might think. As for religious practice, I found Turks to be nothing but accepting and curious to hear about holidays and observances that they have never been exposed to. I for one am Jewish and never hesitated to tell Turks about my religion-every one I met was overwhelmingly curious to hear what exactly that meant for me.

My experience in Uşak was a life-changing one and I have no doubt that it would have been so in any Anatolian town. Living in Uşak taught me an immense amount about myself and gave me a unique opportunity to impact the lives of those around me whom I never would have had the pleasure to meet otherwise. I encourage foreigners to consider taking the time to explore the towns of Turkey like Uşak and see for themselves what makes Turkey a true crossroads of culture.