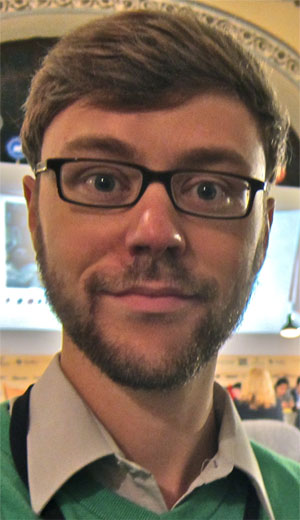 Brett Marler was born in the American city of Springfield, Missouri, and graduated from Drury University, a private liberal arts institution in the same city, with a degree in International Relations and minors in Philosophy and Global Studies. His undergraduate thesis concerned how theories of collective action can be applied to the contemporary Iranian opposition movement. Brett accepted a Fulbright grant to serve as an English lecturer and carry out independent research in one of Turkey’s recently established universities, Ahi Evran University in Kırşehir, from 2010-2011. The following academic year Brett became a lecturer and coordinator of the English preparatory program at the Divinity Faculty of Ankara University in the Turkish capital. After a two-year Central Anatolian orientation, Brett has finally arrived in İstanbul in 2012, where he currently lives and works as a copy editor and writer.