Turkey has been knocking on Europe’s door for more than 50 years now. Turkey’s accession to the European Union (EU) is known to be the longest and most tortuous process of EU membership negotiations. In 2012, after Turkey decided to cease contact with the EU presidency when the Republic of Cyprus assumed the role on July 1, relations between Turkey and the EU touched rock bottom.

Since negotiations officially started in 2005, only 13 of the 35 chapters of the negotiations opened and only one has been provisionally closed to date. As a result of Turkey’s failure to implement the Additional Protocol to the Ankara Agreement, six chapters remain blocked by Cyprus, another five by France and eight by the European Council. The last chapter was opened during the Spanish presidency of the EU in 2010. Since then, relations between Turkey and the EU are in a stalemate.

In order to prevent relations from collapsing, the European Commission launched a “New Positive Agenda” with an aim to keep the accession process alive and prevent a train accident during the Cypriot Presidency of the EU Council in the second half of 2012. The “Positive Agenda’s” approach to Turkey’s integration to the EU is rather partial as it aims to intensify cooperation only in areas of mutual interest. In this regard, the dialogue developed to date within the framework of the Positive Agenda has delivered limited results.

Paradoxically, Turkey’s EU aspirations have come along with a growing disenchantment as political reservations on Turkey’s full EU membership have rised right after the official opening of negotiations. Turkish leaders no longer hide their discontent over the accession process and they have started sending mixed signals to the EU. At the same time, the EU reform path in Turkey has significantly slowed down since 2007. As Turkish Foreign Policy has become more influential and proactive in the past decade, adopting a multidimensional strategy, Western observers have voiced criticism over a fear of a reorientation in Turkey’s foreign policy priorities.

2013 is however expected to reconstruct a damaged relationship. Some positive steps have been taking place in recent months to activate relations between Turkey and the EU. The Irish Presidency of the Council of the EU has been presented as the ideal framework to revive the interest of both parties in the process. European countries traditionally opposed to Turkey’s membership to the EU, such as Germany and France, have relaxed their positions opening the door to a more comfortable dialogue. François Hollande’s victory in May 2012 has brought a manifest shift in France’s traditional attitude regarding Turkey’s EU membership. As an example of this, last February, the French Foreign Affairs minister, Laurent Fabius, agreed to open Chapter 22 on Regional Policy, blocked during Sarkozy’s presidency. At the same time, Hollande is expected to pay a visit to Turkey with an aim to enhance relations with Turkey, eventually paving the way to the opening of new chapters.

Meanwhile, during last February paying a two-day visit to Turkey, German Chancellor Angela Merkel announced her support for the opening of new chapters in order to move forward in the process, in spite of her widely-known scepticism regarding Turkey’s EU accession. Similarly, other Merkel’s party colleagues have also spoken out in support of Turkey in recent months. Moreover, Lithuania’s upcoming presidency of the EU Council will dedicate considerable attention to Turkey’s accession negotiations. Lithuanian President, Dalia Grybauskaite, has announced that she is determined to speed up the process and hopes to open new negotiating chapters by the end of the year. 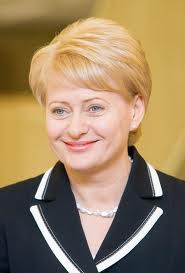 As regards the Cyprus dispute, Nicos Anastadiades’s victory in last February’s presidential elections is seen as a glimmer of hope battering for Turkey’s EU path. Cyprus seems to be now back on Ankara’s agenda. EU’s bailout for Cyprus and the discovery of rich natural gas fields in the Mediterranean Sea may bring a new opportunity for talks on the reunification of the island. Last but not least, the new political climate between Brussels and Ankara has also been encouraged by the nascent peace process with the Kurds.

Despite all the above, the success of the negotiation process will largely depend both on Turkey’s commitment to continue its domestic reforms (underlined in the latest European Commission Progress Report[1]) and the EU’s willingness to live up to its commitments. Turkey’s road to the EU is expected to be long and bumpy. Nonetheless, neither the EU, nor Turkey can afford to say no to each other as they share common interests.