Turkey at these days gives the impression of a country at the crossroads… Prime Minister Recep Tayyip Erdoğan’s increasing authoritarianism and repressive policies[1], in addition to unsuccessful foreign policy adventures in the Middle East, seem to make the country out of the Western camp and a strange ally for the US and the EU. Erdoğan recently even told Russian President Vladimir Putin to make Turkey a member of Shanghai Cooperation Organization[2], a statement clearly showing his despair for Turkey’s chances in the Western bloc. However, the next 2 years period in Turkey will witness 3 major elections, which could change the political atmosphere rapidly.

The first election in the country will take place on 30 March 2014 for municipalities. The main opposition party in Turkey, Republican People’s Party – RPP, after long years for the first time seems to have chances in the elections. A social democratic pro-EU party, RPP has been trying to transform itself into an electorate professional catch-all party under Kemal Kılıçdaroğlu’s leadership. Kılıçdaroğlu unexpectedly turned into a hard nut to crack for Erdoğan since he started to strengthen his party by establishing alliances. Although he is pointed out as Kılıçdaroğlu’s biggest competitor for RPP leadership in the near future, Kılıçdaroğlu chose Şişli mayor Mustafa Sarıgül as the party’s candidate for İstanbul municipality. A market-friendly social democratic figure, Sarıgül enjoys a widespread popularity in the country not just on the left, but also on the right because of his populist image, successful leadership and pious personality. Another surprise Kılıçdaroğlu made was his choice of Mansur Yavaş, a Turkish nationalist coming from Nationalist Action Party – NAP background, who created a successful modernization and development model in Beypazarı district of Ankara. Mansur Yavaş could take support from nationalist segments in addition to classical Kemalist, social democratic RPP voters. Yavaş will challenge Melih Gökçek for Ankara municipality on 30 March. RPP seems already strong in İzmir, the third biggest city of Turkey with Aziz Kocaoğlu. With Sarıgül and Yavaş’s candidacy, no one will be surprised if RPP could win local elections on 30 March in three biggest cities of Turkey in addition to some other coastal cities where secularist opposition is strong. This would for sure change the political atmosphere in the country and panic Erdoğan and his Islamist followers.

A name to be closely watched in Turkey: Mustafa Sarıgül

The second election that will take place in Turkey is Presidential elections that will be made for the first time directly by people’s votes on 2 August 2014. The law on Presidential elections in the country was accepted and put into effect on 20 January 2012 and decided that Presidential elections will be held in 2014 instead of 2012 within 60 days following the end of the 7 year term of incumbent President of Turkey Abdullah Gül, who will be the last indirectly elected President of Turkey. Although he seems confused after his unsuccessful attempt to bring Presidentialism to country, Erdoğan will probably become a candidate for Çankaya in order to become the 12th President of the Republic of Turkey. Some rumors claim that Erdoğan’s candidacy for Presidency may not consolidate the whole rightist bloc especially after his open war to Fethullah Gülen community, a religious community led by charismatic preacher Fethullah Gülen living in the United States and known for his pro-Western stance within the Turkish Islamic community.[3] Gülen community could support another candidate from right if a good challenger to strong Erdoğan could be found. All signs point out incumbent President Abdullah Gül for challenging Erdoğan, especially after the Constitutional Court’s decision to allow his candidacy for second term for the post of Presidency[4] and his more moderate approach to Gezi Park protesters and Gülen community in the recent months. However, until now Gül refrains to take responsibility and keeps a low profile against Erdoğan. RPP’s candidate could also be influential and take support from Gülen community in the Presidential elections. Although not stated openly until now, RPP could name party leader Kemal Kılıçdaroğlu, the head of the Union of Turkish Bar Associations Metin Feyzioğlu or miracle worker Eskişehir mayor Yılmaz Büyükerşen as candidates for Presidency. Nationalist Action Party supporters could also help RPP candidate to defeat Erdoğan or the alternative JDP candidate because of Turkish nationalists’ constant reaction to Erdoğan government that has been making peace talks with the captured PKK leader Abdullah Öcalan. 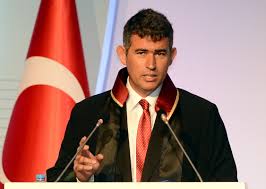 The third election in the country (2015 general elections) is scheduled to take place on June 2015 but a call for early elections will not be a shock especially if JDP faces a defeat at local or Presidential elections. Having an upward trend from local elections, RPP could compete with JDP seriously in 2015 general elections. If Erdoğan steps up to Çankaya in August 2014, JDP without Erdoğan’s leadership could also face with difficulties in the general elections. There are few names to be spoken as Erdoğan’s successor within the JDP; President Abdullah Gül who is now in Çankaya and may not wish to return to partisan politics, Bülent Arınç who has been one of the leaders of JDP but frequently announces his retirement soon, Numan Kurtulmuş an Islamist politician coming from Necmettin Erbakan’s National Outlook tradition, Ali Babacan who is now responsible for the economy in the government and gives the impression of a hardworking young politician taking support from financial capital centers and Foreign Minister Ahmet Davutoğlu who now seems troubled after Turkey’s foreign policy tragedy vis-à-vis Syrian crisis. 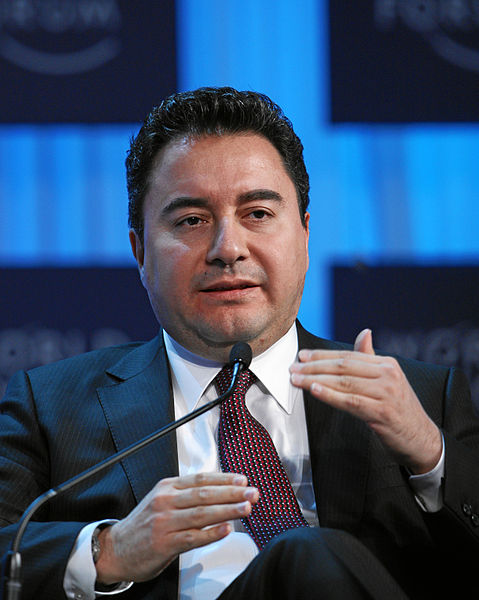 These three elections will probably design Turkey’s political preferences in the early 21st century. RPP government or a coalition led by RPP could direct Turkey towards its classical Western orbit that will bring more efforts and optimism for EU full membership or a JDP government could continue to venture in the Middle East and further Islamize the regime by using increasing authoritarian methods. No matter which side wins, this is for sure that Turkey has a very specific role in the world as a country between the West and the East, Europe and Asia and Africa and Caucasus and should never be forced to make a strategic choice that will destroy this unique position. This could be done only if Turkey without performing infidelity to her classical allies (NATO and the West) could diversify its economic and political relations with other countries and assume a moderating role between opposing camps.

[1] Erdoğan government has just recently passed a law enabling the cabinet to have control over the judiciary in addition to restrictions over the internet. See; “Stung by critics, Turkey’s Erdogan further restricts Internet freedom”, The Globe and Mail, Date of Accession: 08.02.2014 from http://www.theglobeandmail.com/technology/tech-news/stung-by-critics-turkeys-erdogan-further-restricts-internet-freedom/article16724425/.