Pan-Turkism can be defined as a movement that emerged in 1880s among the Turkic intellectuals of the Russian Empire and Ottoman Empire, with the aim of cultural and political unification of all Turkic peoples.[1] The definition might be easily perceived as irredentism but as noted by Jacob M. Landau, there is a clear distinction between Pan-Turkism and Pan-Turanism. Pan-Turkism is a branch of moderate irredentism which expresses a desire to defend the kindred group from discrimination or assimilation, whereas Pan-Turanism is a form of extreme irredentism which involves as its chief objective rapprochement and ultimately union among all peoples whose origins are purpoted to extend back to Turan, Central Asian steps populated by Turkic tribes.[2] Turanism also embraces people of Turkic origins in a much larger geography inluding Hungarians, Finns and Estonians. As a response to Pan-Slavism, Pan-Turkism became an influential intellectual and political movement in Turkish and other Turkic intellectuals towards the late 19th century.

Although the Pan-Turkish movement takes its roots from the Jadidism movement in the early 19th century, the man who first popularized the idea of Turanism and Pan-Turkism was not a Turk or Turkic, but rather a Jewish-Hungarian traveller and orientalist Arminius (Hermann) Vambery.[3] In addition to his presented knowledge about Central Asian languages and folklore, Vambery devoted his life in the discovery of all Turkic groups coming from the same race and concluded that all Turkic tribes come from Turkish race and they are very close to each other in terms of their physical traits and customs.[4] He also had personal contact with the leaders of Committee of Union and Progress (CUP)[5]. 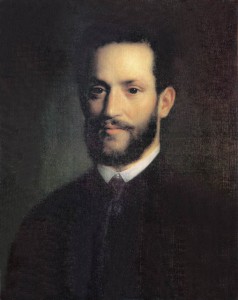 Pan-Turkism is based on the idea of the salvation of “outside Turks”, Turks living outside of the borders of Ottoman Empire and Republic of Turkey, mostly in Caucasia and Central Asia. The most prominent groups among outside Turks known in the 19th century were Volga Tatars, Crimea Tatars, Kazakhs, Turkmens, Uzbeks, Kirghizs, Tajiks and Azeris. It is estimated that Turkic population was about 11 % of all Russian population.[6] Tsarist Russia, which had imposed its control over the warrior Turkic tribes only in 19th century, tried Russification and Christianisation policies in addition to methods of harsh political measures and using the card of Russian settlers in order to weaken and suppress Pan-Turkism. This directed Turkic intellectuals to take support from others countries by using Pan-Turkism and also Pan-Islamism. Pan-Turkism was largely affected from Pan-Slavism although Pan-Slavism’s main target was Germany and Eastern Europe. This movement became especially influential among Crimean Tatars who were able to develop themselves intellectually and economically starting from the 17th century.[7] The main problems in the late 19th century for early advocates of Pan-Turkism were the lack of education among some Turkic tribes as well as the differences between Turkish dialects in addition to Russian hegemony.

One of the interesting figures among the early pan-Turkists was İsmail Gasprinsky (Gaspıralı İsmail) (1851-1914). Born in Crimea, Gaspıralı became a schoolmaster and a mayor of Tatar town Bahçesaray. He studied in Russia, Turkey and France and fought against both Russian imperial forces and Musliam mullahs because of his modern nationalist and posivitist views. He offered a new education system called “Usul-i Cedid” to promote Turkish identity and increase intellectual capacity of Turkic people. He also engaged in journalism and became really successful with Tercüman (Interpreter), the most important journal published by the Turkic groups. Gaspıralı’s key point for success of Pan-Turkism was to create a common Turkish language that would appeal to all Turkic people. He organized and took part in some conferences about Pan-Turkism and Turkish language. Careful not to antagonize the mullahs, he advocated secular nationalism with very definite Pan-Turk nuances.[8] However, Gaspıralı’s Pan-Turkism was still too secular for other oppositional groups such as “Young Tatars” who also wished to liberate their nation against Tzarist autocracy. 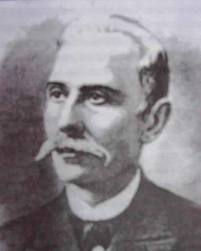 Another important name among the earlier Pan-Turkist theoreticians was Gaspıralı’s relative Yusuf Akçura (or Akçuraoğlu), a Tatar who edited the journal Kazan Muhbiri (The Correspondent of Kazan). Akçura became even more influential than Gaspıralı and became the leading ideologue of Pan-Turkism. In early 1904, he wrote his most famous piece “Üç Tarz-ı Siyaset” (Three Systems of Government)[9], anonymously printed in the Cairo journal Türk, in which he explained and defended raison d’être of Pan-Turkism.[10] Akçura considered Ottomanism but eventually rejected it since it minimized the rights of the Turks and also Pan-Islamism since it antagonizes non-Muslim groups in the Ottoman Empire. Thus, Akçura and his associates started to defend Pan-Turkism under the leadership of Ottoman Empire and later Turkey with its feasibility and usefulness for the state’s survival and modernization at the same time. 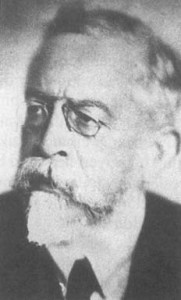 Azeri intellectuals were also very active in the early 20th century in terms of their Pan-Turkist awakening. It started first with the periodical Ekinci (Harvester), first published in Baku in 1875. Founded by Hasan Serdabi, this was the first national newspaper of a Turkic group in Russia. It was shortly lived but followed by other Pan-Turkish periodicals such as Hayat and İrşad.[11] However, these efforts were mostly overshadowed by Soviet propaganda against Pan-Turkism and Pan-Islamism. In 1921, at the 10th Congress of the Communist Party of USSR, Pan-Turkism and Pan-Islamism were condemned as deviations towards bourgeois democratic nationalism.[12] The introduction of Russian language into the schools and the influence of Russians weakened Pan-Turkish thoughts and sentiments to a great extent though some scientific studies continued to be published as well as some conferences and congresses such as the Baku Congress of Turcologists that was convened in 1926.[13]

Among the outside Turks, another important name who deserves to be remembered is Ali Hüseyinzade (1864-1941)[14], an Azeri physician, politician and writer who came to lecture at the Military School of Medicine in Istanbul. Hüseyinzade’s poem “Turan” became a manifesto for Pan-Turkists at those years. 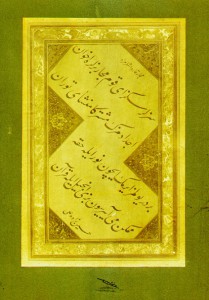 Similar to Ali Hüseyinzade, Ahmet Ağaoğlu (formerly Agayev, 1869-1939) was a prominent name for early Pan-Turkists among Azeri intellectuals. Having rounded out his local education by studying in St. Petersburg and Paris, Ağaoğlu devoted himself, on his return to Russia, to journalist activity by emphasizing Islam rather than Pan-Turkism. After the 1908 Young Turk Revolution, Ağaoğlu migrated to Turkey where he became an Ottoman subject and appointed as Inspector of Education in İstanbul.[15] He became an active polemicist for Pan-Turkism and wrote in nationalist journals including Türk Yurdu, İçtihad and Halka Doğru. 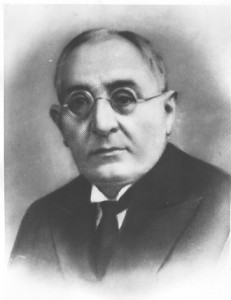 Ziya Gökalp (1876-1924), a native of densely Kurdish populated city in south-eastern Anatolia -Diyarbakır-, was essentially a self-taught man who became leading figures of Pan-Turkist movement in the early 20th century. As a member of Central Council of the Committee of Union and Progress from 1908 to 1918, he later supported Mustafa Kemal Pasha (Atatürk) and his anti-imperialist struggle against Greek invaders. He also taught Sociology in İstanbul University. In addition to his efforts to interpret some views inherited from French sociologists like Emile Durkheim and Auguste Comte to Turkish society, he wrote nationalistic poems collected in his book Kızıl Elma (Red Apple).[16] One of these poems, “Turan”, became a classic for Pan-Turkists and Turkish nationalists with these famous lines; “For the Turks, Fatherland means neither Turkey, nor Turkestan, Fatherland is a large and eternal country – Turan!”[17] Gökalp summarized his political views in his magnum opus entitled Türkçülüğün Esasları (The Principles of Turkism)[18], first published in Ankara in 1923, first serious attempt to systematize the discussion and separate views on Turkism and Turkish nationalism. In this book, Gökalp concluded that “a nation is not a racial, ethnic, political, geographical or volitional group, but rather one composed of individuals who share a common language, religion, morality and aesthetics, that is to say, who have received same or at least similar education.”[19] On the basis of this new “cultural” approach instead of an ethnic one, he thought that that in the early 20th century Pan-Turkism is possible only for Anatolian Turks (Turkeyism), but in the future there could be comfortable ground for Pan-Turkism if Soviet Union would be dissolved. He realistically concluded that for Turks, Pan-Turkism is not possible for the early 20th century after the loss of a great empire. Thus, one can easily detect that as a political programme, Pan-Turkism has its short, intermediate and long-term ideals. Gökalp’s realistic Pan-Turkism was also appropriate for political conditions of the period since Turkey was a weak and newly evolving and developing country whereas the Soviet Union was a Russian empire backed up by communist ideals. 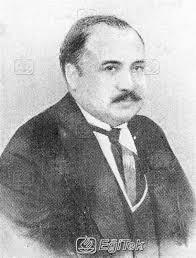 Pan-Turkism discussions came to agenda again in Turkey especially in the early 1990s when Soviet Union was dissolved and Turkic Republics in Central Asia and Caucasia acquired their independence. Pan-Turkism still has great potential and appeals to millions of people in Turkey and other countries in the Turkic world. However, the misperception of this ideal as an imperial, revisionist and racist project prevent people to support Pan-Turkism and constitutes a great problem for Turkey in developing friendly relations with other Turkic countries. Some historical events such as 1915 events towards Ottoman Armenians also weaken the prestige of Pan-Turkism. Thus, in today’s world, scientific and political studies about Pan-Turkism should be based on economic, political, military and cultural cooperation among Turkish-speaking nations rather than irredentist political projects.

[1] Fishman, Joshua & Garcia, Ofelia (2011), Handbook of Language and Ethnic Identity: The Success-Failure Continuum in Language and Ethnic Identity Efforts 2, Oxford University Press. p. 269; “It is commonly acknowledged that Pan-Turkism, the movement aiming at the political and/or cultural unification of all Turkic peoples, emerged among Turkic intellectuals of Russia as a liberal-cultural movement in the 1880s.” from “Pan-Turkism”, Wikipedia, Date of Accession: 15.04.2014 from http://en.wikipedia.org/wiki/Pan-Turkism.

[3] Ármin Vámbéry, Arminius Vámbéry born Hermann Bamberger, or Bamberger Ármin (19 March 1832-15 September 1913), was a Hungarian Turkolog and traveler. According to Ernst Pawel, a biographer of Theodor Herzl, as well as Tom Reiss, a biographer of Kurban Said, Vámbéry’s original last name was Wamberger rather than Bamberger. For details see; “Ármin Vámbéry”, Wikipedia, Date of Accession: 15.04.2014 from http://en.wikipedia.org/wiki/%C3%81rmin_V%C3%A1mb%C3%A9ry.

[5] The Committee of Union and Progress (CUP) (Turkish: İttihat ve Terakki Cemiyeti) began as a secret society established as the “Committee of Ottoman Union” (İttihad-ı Osmanî Cemiyeti) in İstanbul in 1889 by the medical students İbrahim Temo, Abdullah Cevdet, İshak Sükuti, and Ali Hüseyinzade. It was transformed into a political organization (and later an official political party) by Bahaeddin Şakir, aligning itself with the Young Turks in 1906, during the period of the dissolution of the Ottoman Empire. Begun as a liberal reform movement in the Ottoman Empire, the party was persecuted by the Ottoman imperial government for its calls for democratization and reform in the Empire. Once the party gained power in the Young Turk Revolution in 1908 and consolidated its power in the 1913 Ottoman coup d’état, it grew increasingly more splintered and volatile as its three leaders, Enver Pasha, Talat Pasha, and Djemal (Cemal) Pasha, formed the triumvirate known as the Three Pashas and gained de facto rule over the Ottoman Empire and the party itself. During World War I, this leadership was accused of their responsibility in so-called “Armenian Genocide”, among other acts. At the end of World War I, most of its members were court-martialled by the Sultan Mehmed VI and imprisoned. A few members of the organization were executed in Turkey after trial for the attempted assassination of Mustafa Kemal Atatürk in 1926. Members who survived continued their political careers in Turkey as members of the Republican People’s Party (Cumhuriyet Halk Partisi, CHP) and other political parties in Turkey. For details see; “Committee of Union and Progress”, Wikipedia, Date of Accession: 15.04.2014 from http://en.wikipedia.org/wiki/Committee_of_Union_and_Progress. For further details see; Zürcher, Erik J. (2010), The Young Turk Legacy and Nation Building: From the Ottoman Empire to Atatürk’s Turkey, Library of Modern Middle East Studies. Available at Amazon; http://www.amazon.com/Young-Turk-Legacy-Nation-Building/dp/184885272X.