After the failure of coalition talks between four major political parties that were able to pass 10 % electoral threshold, Turkey is headed towards an early general election on November 1, 2015 in order to determine 550 seats in the Turkish Grand National Assembly and the new government. 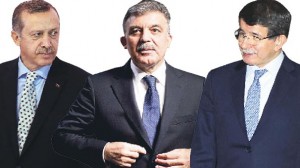 In the last general election made on June 7, 2015, the governing Justice and Development Party (JDP) lost nearly 9 % of its votes compared to 2011 general elections and got 40,87 % of the total votes.[1] Thus, JDP, after 13 years of single-party ruling, lost its parliamentary majority and had only 258 seats (276 is needed for majority) in the TGNA. The previous Minister of Foreign Affairs, Mr. Ahmet Davutoğlu, who replaced Mr. Recep Tayyip Erdoğan (now the President of the Republic) as the new Prime Minister, is often pointed out as the reason of JDP’s negative electoral trend in the Turkish media. But in fact, there are many other important reasons such as the decline of Turkish economic growth rates from 5 % to 2 %, the deepening of Syrian refugee crisis (Turkey now hosts nearly 2 million Syrian refugees) and the negative effects of ISIS terrorism upon a Islamic-conservative party in its foreign policy. After the elections, Prime Minister Davutoğlu engaged in coalition talks with Republican People’s Party (RPP) and Nationalist Action Party (NAP), but President Erdoğan guaranteed the early elections with his firm stance against a coalition government. According to Bekir Ağırdır from KONDA, an early election would not change the picture in the country and JDP will not increase its votes.[2] However, the recent terrorist activitites of the Kurdish separatist PKK and the nationalist rhetoric adopted by President Erdoğan and Prime Minister Davutoğlu might help JDP to increase its votes by few points and secure a parliamentary majority especially if pro-Kurdish Peace and Democracy Party (PDP) will lose some of its votes. Another important change might be the inclusion of Mr. Abdullah Gül (previous President of the Republic and one of the founders of JDP) into the picture. Although he stays quiet and out of politics for the moment, Mr. Gül might be a savior for JDP since he has a clean record and more sympathy among the Turkish population compared to Mr. Erdoğan and Mr. Davutoğlu, who are blamed to be responsible of Syrian crisis.

Social democratic RPP got 25,98 % and obtained 132 seats in June and might increase its votes by one or two percent under the leadership of Mr. Kemal Kılıçdaroğlu who has the image of an honest and pro-peace left-wing politician. However, it seems very unlikely for RPP to obtain a parliamentary majority in the near future since the party has a very negative image among the pious segments of the country because of its secular tradition closely associated with atheism in Turkey. Kılıçdaroğlu tried everything to establish a coalition government with JDP, but Erdoğan’s negative look towards his party prevented a possible coalition government after the elections in June. However, JDP might be more willingly to engage into a coalition with RPP this time, because both parties have a more positive approach concerning Kurdish question in the country compared to NAP.

Turkish nationalist NAP, under the leadership of Devlet Bahçeli, acquired 16,29 % of the total votes and obtained 80 seats in the parliament. However, Bahçeli’s firm stance against Kurdish opening and stubborn position against a coalition government with JDP might hurt the party and decrease its votes in November. It should not be forgotten that Bahçeli also closed the door for a RPP-NAP-PDP coalition which might drive out JDP from the government. NAP could engage in a coalition government with JDP after the elections, but this will lead to harsher position of the Turkish state towards Kurds in Turkey and a possible return to military means to eliminate terrorism and secessionism.

Pro-Kurdish and socialist PDP had 13,12 % in the last elections and secured 80 seats in the parliament. There are different opinions about the performance of the party in the upcoming elections. Some scholars and journalists claim that PDP will lose its votes since it was proven by the recent terrorist activities of the PKK that the party is unable to represent Kurdish people and control Kurdish separatists. Mr. Selahattin Demirtaş, the young and charismatic Kurdish leader of the party, thinks that the party will increase its votes on the other hand[3], because people in Turkey are now tired of 30 years of fight between Turkish state and PKK, sometimes reaching beyond the level of low-intensity conflict and led to more than 30.000 deaths until now.

Turkish general elections will be very important not only for Turkey, but also for the region since Turkey’s position on many different issues (Cyprus Dispute, Turkish Stream and other energy projects, Syrian crisis, operations towards ISIS) are crucial for the future.