INTERVIEW WITH PROFESSOR MONIQUE SOCHACZEWSKI GOLDFELD ON BRAZIL AND TURKEY

Ayşe Yarar: Mrs. Sochaczewski, thank you very much for accepting our interview proposal. Could you please give us some information about your academic life and studies?

Monique Sochaczewski Goldfeld: Thank you for your interest, Ayşe. Well, I am Brazilian, a native from Rio de Janeiro, and an historian. In fact, I lived five years during my teens in the Middle East and when I returned to Brazil to start college, I chose to study history. I was deeply interested to better understand the region. Later, at the State University of Rio de Janeiro, I conducted my masters research on the relationship between Brazil and the Middle East in the 1970s, an important turning point when Brazil ended the policy of “equidistance” between Israel and Arab countries and sought closer relations with Arab countries. After finishing my thesis, I won a research fellowship at the Brazilian National Library, where I found about 2,000 items related to the Ottoman Empire. They were mostly books, photos and documents belonging to the Brazilian emperor Dom Pedro II (r. 1840-1889). I used this documentation  as a base  for a research project, for my PhD, which I completed at the Getulio Vargas Foundation, and also at Bilkent University, where I studied for a semester. In 2010, I lived in Turkey for six months. Since then, I try to go to Turkey every year for conferences and research. 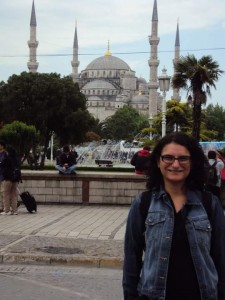 Ayşe Yarar: You studied migration from the Middle East to Brazil during the Ottoman period for your PhD. Could you please inform us about “Turco” immigrants in Brazil and their story from a historical perspective?

Monique Sochaczewski Goldfeld: My PhD dissertation was actually about contrasts and connections between Brazil and the Ottoman Empire during the period from 1850 to 1919. I call both “peripheral empires”, as both carried the title of empire and were neither powers nor colonies in the international political environment of that time. A treaty of friendship, commerce and navigation was signed between Brazil and the Ottoman Empire in 1858 and there was a desire on the part of the Brazilian government to export coffee directly to Constantinople, but it did not work as planned. What actually connected them, especially from the 1870s was immigration. The immigrants came in the vast majority from the  Greater Syria and spread to almost all of Brazil, even to the Amazon. The numbers are uncertain, but it is believed that some 150,000 immigrants from what is now Lebanon, Syria and Palestine entered Brazil in this period. They were mostly Maronite Christians, but other Christian groups also came, such as the Melkite, Orthodox and even Protestants. The Armenians and Greeks were among those Christians as well. There were also Shia and Sunni Muslims, Druze and Jews. It is common in Brazilian academia to talk about “Arab immigration” to Brazil. What is clear in my research, especially when accessing documents at the Prime Minister Archives, in Istanbul, is that it was an “Ottoman subjects immigration” with representatives of almost all ethnic and religious groups that made the Ottoman Empire a multiethnic, multi-religious and multilingual empire. In the period from 1908 to 1914, in particular, there are some initiatives of these Ottoman subjects on Brazilian soil which demonstrated that there was a sense of Ottoman identity among them.

Ayşe Yarar: What would you tell us about the current relations between Turkey and Brazil?

Monique Sochaczewski Goldfeld: The Republics of Brazil and Turkey have had formal relations since 1927. It was, however, in the 1990s that they really approached each other, with the visit of President Süleyman Demirel to Brazil in 1995 as an important moment. There were then some exchanges of diplomatic, business and even missions in the area of defense. The closest approach, however, started in 2003 with the beginning of the Lula and Erdogan governments. Lula was the first head of state since Dom Pedro II (who visited Ottoman lands twice: in 1871 and 1876-7) to visit Turkey, and during his two terms the economic and political relations intensified. The attempt to mediate over Iran, in 2010 – the so-called Tehran Declaration – was certainly the highest point of this activism. Since 2009, there are direct flights between Istanbul and São Paulo. In the last decade, ten thousands of Brazilian tourists began to circulate in Istanbul and  Cappadocia. Recently, Turkish soap operas have landed on Brazilian TV screens. To summarize, finally both “emerging powers” have closer relations in various dimensions and know each other better, but there is still much to do, and I think that we, scholars, can help in this regard.

Ayşe Yarar: A wave of anti-government protests began in Turkey during the last days of May 2013. Protests started in Gezi Park and spread all over the country in a very short time. During the Gezi Park protests in Turkey, parallel anti-government protests were happening in Brazil. There were surprising similarities (such as organizing on social media and being leaderless) between these protests. So could you please explain us what happened in Brazil at that time? What was the perception of the Brazilian people about the protests in Turkey? For example, even the Prime Minister of Turkey, Tayyip Erdoğan was thinking that the same outside forces were behind protests in both Turkey and Brazil. According to him, the same game was being played in Brazil. He told that there were the same symbols, the same posters; Twitter, Facebook was the same and international media’s attitudes were the same. He was claiming that they were controlled from the same centre. So we wonder about the perceptions of your country’s politicians? Could you make a brief comparison between these remarkable protests in both countries?

Monique Sochaczewski Goldfeld: The Gezi Park revolts in Turkey, and the so-called “June Journeys”, in Brazil, were in fact almost simultaneous. They also followed a similar script in that they both began with specific issues – critics for the building of a shopping mall in one of the last green spots in Istanbul, Turkey, and the rise in bus fares, in Brazil – but, especially due to the brutal police repression used to contain them, they spread widely in both countries. In fact, social networks and alternative media played an important role too. I believe, however, that perceptions of the Turks about Brazilians, and vice versa, at that time, were more based on solidarity than mutual knowledge. There was a common agenda between critics of gentrification in cities such as Istanbul and Rio de Janeiro. The “right to the city” and demands for improving urban mobility were common issues. It is important to say that there is already ongoing important academic research comparing both revolts in greater depth, such as the research by sociologists of Koç University, including professor Erdem Yoruk, and political scientists of University of Sao Paulo, with professor Jean Tible, Soon, we will learn more from these comparisons. 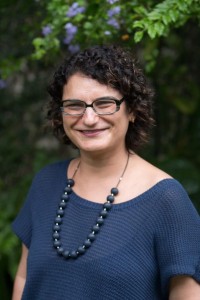 Ayşe Yarar: As a last question, could you give us the names of Turkish academics or writers that you follow closely and whose views you take into consideration?

Monique Sochaczewski Goldfeld: Of course! Perhaps the Turkish public would not like it so much, but I have to confess that my interest in Turkey grew especially after reading the book “Istanbul: City and memory” written by Orhan Pamuk. He wrote about Istanbul, but I read it as he was talking about my hometown, Rio de Janeiro: capital of an ancient empire, emptied with the change of capital (in our case to Brasília), searching for an identity. In literary terms, besides Pamuk (I try to read everything he publishes), I follow the work of Elif Shafak (Elif Şafak) and I love Yasar Kemal. Academically, I am a great fan of my former professor Oktay Özel, from Bilkent University, and I follow closely also the work of Edhem Eldem and Suraya Faroqhi.

Ayşe Yarar: Mrs. Sochaczewski, thank you very much for sharing your opinions with UPA. Good luck in your studies.