Coalition partner of the ruling Republican Turkish Party (CTP) in Turkish Republic of Northern Cyprus, National Unity Party (UBP), will hold its congress on 31 October 2015. The congress will witness a presidential race between 7 candidates including the current chair of the party Mr. Hüseyin Özgürgün.

National Unity Party[1] is the oldest political party in TRNC, associated with the founding leader of the republic, Mr. Rauf Denktaş[2]. The party was established on 11 October 1975, even before the proclamation of the republic in 1983. The party is a secular center-right party similar to center-right tradition parties in Turkey (Adnan Menderes, Süleyman Demirel, Turgut Özal’s parties) and British Conservative Party; incorporating conservatism, liberalism and nationalism. The party was advocating the independence of TRNC and even unification with Turkey in the early years. Mr. Denktaş and its successor Mr. Derviş Eroğlu were known as nationalist figures who are completely against a settlement plan in the island. However, in recent years, the party transformed itself into a pro-European center-right party and now does not reject a settlement categorically. On the other hand, the party still continues to defend the rights of Turkish Cypriot minority and proposes a just solution based on confederalism to Cyprus Dispute. The party is the coalition partner of CTP since July 2015 and holds 5 ministers in the cabinet.[3]

The current chair of the party, Mr. Hüseyin Özgürgün, a young politician coming from sportsman background similar to Islamist Turkish President Mr. Recep Tayyip Erdoğan, is the clear favorite before the elections. Born in 1965, Mr. Özgürgün is a young, but an experienced right-wing figure. He was the acting Prime Minister of TRNC between 23 April and 17 May in 2010. He also served as the Foreign Minister of the country between 2009 and 2013, nearly for 4 years. He serves his fifth term in the parliament as a deputy of Nicosia (Lefkoşa). Mr. Özgürgün is criticized by other candidates for accepting approximately 10.000 new members who will be eligible for voting in the congress. Thus, he is the clear favorite before the elections. 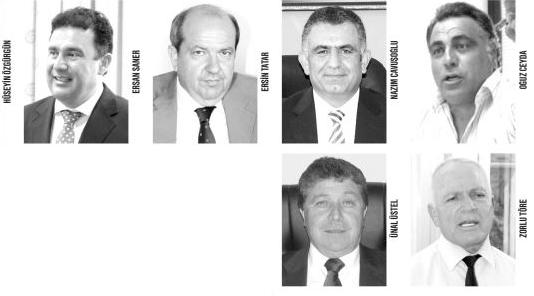 Among the other candidates, the most important names are Mr. Ersin Tatar, former Minister of Finance, Mr. Zorlu Töre, a well-known nationalist deputy of the party and Mr. Ünal Üstel, the former vice chairman of TRNC parliament.[4] The other 3 candidates are Mr. Ersan Saner, Nazım Çavuşoğlu and Oğuz Ceyda. Previous President of the Republic, Mr. Derviş Eroğlu on other hand, though tries to act as a moderating party authority, does not give very warm signals to Özgürgün’s leadership. Eroğlu is critical of Özgürgün and his party’s lack of support given to his Presidential campaign in the elections that took place few months ago.[5] Eroğlu is still a respected figure among the party members, but his power is rather limited now and his criticism might not be a big problem for Özgürgün.  Thus, Mr. Özgürgün will probably win the congress and continue to lead his party.

[5] Eroğlu lost this election to Mustafa Akıncı in the second round. See; http://politikaakademisi.org/turkish-cypriots-elect-mustafa-akinci-as-their-new-president-of-the-repunlic/.