Turkey’s pro-secular main opposition party, CHP (Republican People’s Party – RPP) will hold its ordinary congress on 16-17 January 2016 in Ankara. The congress will witness a leadership race between the current chair of the party, Mr. Kemal Kılıçdaroğlu and 3 other candidates. In this piece, I will try to analyze the upcoming CHP congress.

We should first look at the latest situation of the party. Although the social democratic party has been increasing its votes steadily since the 2002 elections, due to governing Justice and Development Party’s dominating position in Turkish politics and incredible electoral performances, CHP voters seem to be very desperate in recent years. The large gap between two parties’ voting percentages (50 % for AKP and 25 % for CHP) is the primary reason for this pessimistic mood. Consistent but very slow increase in the party’s votes (from 19.39 % in 2002 to 25.30 % in 2015) can be named as the second negative factor. Thirdly, CHP seems to have lost its organic ties with Turkish intelligentsia in recent years. All these factors distance voters from CHP since many people think that the party does not have chance to govern Turkey. In fact, after the elections in June, CHP had a chance to get rid of -13 years of- AKP rule by establishing a coalition government with Turkish nationalist Nationalist Action Party – NAP (MHP) and pro-Kurdish Peace and Democracy Party – PDP (HDP). However, Mr. Kılıçdaroğlu’s sincere efforts were not strong enough to bring MHP and HDP together within a 3 party coalition government. The result was the renewal of elections and return to single party government by AKP. Although MHP leader Devlet Bahçeli is often pointed out as the real responsible of this failure, it is also a fact that CHP leader Kemal Kılıçdaroğlu did not create a comfortable political ground for the take-over of such a coalition government before the elections. Thus, this congress will be open to criticism toward party leadership. The party leader, Mr. Kemal Kılıçdaroğlu (68) looks for a new term as the current chair of the party. Nicknamed as “Gandhi” after India’s legendary leader, Mr. Kılıçdaroğlu comes from bureaucratic background and represents the Alevi minority in Turkey as well as secular-minded Sunni groups who are opposing to increasing sectarian politics in Turkey and Middle East. Although the party represents the secular option against the Islamic or nationalist politics, it does not seem to have enough support from the Western world or Russia. It is also strange to see that the party does not give enough importance and place to non-Muslim groups in Turkey including Christian and Jewish minorities. Kılıçdaroğlu has been also acting very conservatively in terms of proposing a new model related to Turkey’s governance. The party does not advocate a model of autonomy or federalism in relation to Kurdish question and takes the issue mostly from the economic perspective. In foreign policy, the party challenges AKP’s pro-Sunni approach and seems closer to Russia-Iran bloc although they offer a balance policy and never consider Turkey’s exit from the Western bloc and NATO. The party is also very determined about Turkey’s full membership to European Union; a good foreign policy ideal that does not seem very realistic in recent years. CHP offered some concrete and good economic projects under Kılıçdaroğlu’s leadership, but failed to convince voters. His humble and honest image is also often praised by Turkish people. Thus, Mr. Kılıçdaroğlu might increase the party’s votes with a few percent in the next elections. However, it should be added that no one expects a miracle from him after several lost elections. 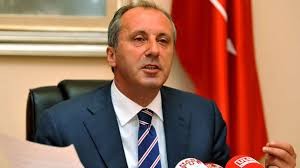 Kılıçdaroğlu’s most pretentious rival is Mr. Muharrem İnce (52). Coming from teacher background, Mr. İnce is an interesting figure in Turkish politics. His extraordinary oratory skills can be compared only to Mr. Recep Tayyip Erdoğan, of course, being his secular version. It should not be forgotten that Mr. Kılıçdaroğlu was able to secure his seat against Mr. İnce with 740 votes to 415 in the extraordinary congress of the party organized in September 2014. This shows that İnce has already a good support within the party and this time he might seriously challenge Kılıçdaroğlu for being 8th chair of the party (after Mustafa Kemal Atatürk, İsmet İnönü, Bülent Ecevit, Deniz Baykal, Hikmet Çetin, Altan Öymen and Kemal Kılıçdaroğlu). İnce appeals to right-wing voters as well because of his nationalist opposition to AKP policies. However, this might alienate CHP further from the Kurdish voters if he is elected. Moreover, İnce’s foreign policy approach is also strongly anti-imperialistic and he might challenge many of the policy initiatives coming from Washington and Brussels. It is already known that he is a strong opponent of anti-Iran and anti-Russia policies implemented by the AKP government and its Western allies. His secularism understanding is also very harsh and resembles to single-party years in Turkey. However, in a world where ISIS seems to be the greatest danger for the human civilization, his rigid secular rhetoric might appeal to Western decision-makers as well. İnce might increase the party’s votes rapidly and reach around 30 % easily, because he might appeal to nationalist voters as well and he could politicize young people with his enthusiastic style. İnce is also the youngest candidate among the alternatives. 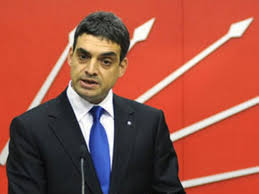 There are 2 other candidates for the congress. Mr. Umut Oran (54) seems to be the most liberal and pro-business candidate among the alternatives. Coming from businessman background, Mr. Oran is a self-made millionaire in the textile industry. He has also been the Vice President of Socialist International since December 2014. He speaks French and English. On the paper, he seems like a perfect leader that will lead CHP and Turkey toward a more pro-Western future. However, among the party delegates, he does not seem very popular and powerful. Moreover, his businessman style might not appeal to ordinary voters in Turkey. It is known that Turkey does not have a liberal political tradition and Islamism, secularism (Kemalism), Turkish nationalism and Kurdish secessionism are four main ideological orientations in the country. Thus, Mr. Oran might not be the best leader in practice at least for the moment. 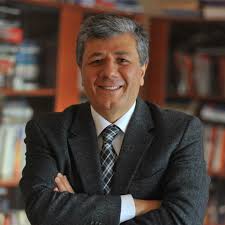 The last candidate Mr. Mustafa Balbay (56) is a famous journalist and author of many books. Mr. Balbay is the most leftist alternative among the candidates. He writes for left-wing daily Cumhuriyet for many years and spent few years in the prison recently because of false accusations related to a conspiracy to topple down the AKP government with a pro-secular military coup, legal controversies known as Ergenekon and Balyoz cases in Turkey. He has become a symbol of secularism in Turkey and has a good knowledge of Turkish and Middle Eastern politics. However, he is new as an active politician and this might decrease support for his leadership.