SOME PRINCIPLES OF TURKISH FOREIGN POLICY ACCORDING TO ORAL SANDER 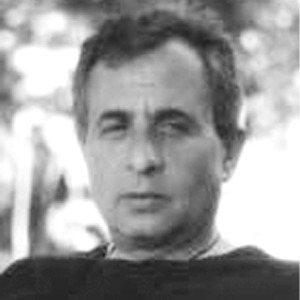 According to Sander, Turkish Foreign Policy has a very fundamental and stable characteristic and principle since the foundation of modern Turkey: its Western-orientation. Although during the early Republican era, Turkey had to be more careful about the newly emerging superpower Soviet Union in its close geography and thus, chose to follow a more neutral foreign policy, in fact, modernization reforms sought by Atatürk aimed to Westernize Turkish society and make Turkey closer to its Western allies. Following the disagreements with Stalin’s Russia after the Second World War, Turkey’s Western orientation became stronger and more obvious. Stalin’s territorial demands and threats also created a comfortable ground for Turkey’s ambitious adventure for Western integration. Thus, Turkey became a member of NATO and Council of Europe after the Second World War. In that sense, Turkey is a unique country having a permanent Western orientation although its rich history, Islamic background and social characteristics make it also an Oriental country.

Mustafa Kemal Atatürk was a wise statesman who knew the young republic was not strong enough to pursue an independent foreign policy and that is why, he acted more as a neutral country between the West and Soviet Russia. His philosophy of “Peace at home, peace abroad” was not haphazard and he knew that, Turkey, as a young and weak country at those years, had to be very careful in its foreign policy in the most troubled region of the world. This philosophy adopted by the Turkish state was not temporary as well; Turkey has always preferred social and economic progress rather than territorial expansionism in its foreign policy. In fact, this ideal matches with the democratic ideals embraced by major European states after the great destruction of the Second World War via European integration project. Turkey’s geopolitical position also make this country a European state; Turkey is a bridge between Asia and Europe and some parts of its territory are situated in the European continent. Anatolian peninsula has always been the starting point of Europe as well as where it ends. In that sense, Turkey has also an Oriental dimension, which makes this country a model for the rest of the Muslim world.

Turkish Foreign Policy had some advantages and disadvantages during the Cold War. Neighboring a giant state and a super military power like Soviet Russia caused the supremacy of high politics in Turkey and posed great risks to Turkish democracy. But on the other hand, this situation provided a unique and more important security role to Turkey in the eyes of its European and American partners due to communist expansionism. Thus, Turkey has often been classified as a “central state” by many geopolitics experts and International Relations scholars.

Turkey’s Western orientation can be analyzed on three dimensions; (1) Turkish-American (USA) relations, (2) Turkey-NATO relations and (3) Turkey-Europe relations. According to Sander, Turkish-American relations mattered most during the Cold War compared to two others. In Sander’s view, Turkish-American relations are solid and based on mutual interests. Two countries share a common vision in terms of providing peace and stability in world affairs after the Second World War via United Nations system.[1] Both of these countries objected to Soviet expansionism during the Cold War and developed common strategies towards Middle East. However, since the U.S. was an international player and superpower contrary to Turkey, a regional actor, two countries had sometimes conflicts of interests in their bilateral relations. However, certain things are stable in Turkish-American relations: (a) Turkey has always been and will always be an important country for USA because of its geopolitical location, (b) American military aid has always been very important for Turkey due to security threats in the Middle East and risks caused by Russia. In Sander’s view, these two characteristics are stable in Turkish-American relations.

Turkey’s geopolitical location in one of the most troubled regions of the world, make security-oriented politics in Turkey a necessity. That is why, Sander claims that ultra-optimistic policy initiatives or ideals will never work in terms of Turkish Foreign Policy. According to Sander, these orientations should be assessed as unchangeable principles and characteristics of Turkish Foreign Policy.

[1] President Erdoğan’s recent comments on UN system could be considered as a breaking point if they reflect Turkey’s official foreign policy.