Jennifer A. Widner is a professor of Politics and International Affairs at Woodrow Wilson School of Princeton University.[1] She is an expert of Comparative Politics with a particular focus on African Politics. She is author of Building the Rule of Law (W. W. Norton), a study of courts and law in Africa, and she has published articles on a variety of topics in Democratization, Comparative Politics, Comparative Political Studies, Journal of Development Studies, The William & Mary Law Review, Daedalus, The American Journal of International Law and other publications. Widner, in her article “States and Statelessness in Late Twentieth Century Africa”[2], basically talks about the problems of African states and primarily focuses on the ineffectiveness of African states in controlling and regulating the life of their citizens. 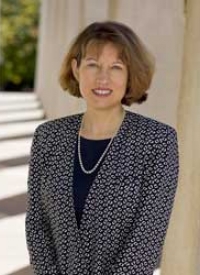 In this article, Widner uses Robert Kaplan’s phrase about the meaninglessness of the territorial borders in African states; where there is not a widespread understanding of nation and nationalism, and resembles the situation to Thomas Hobbes’ “state of war”, a hypothetical situation designed by Hobbes that takes place in stateless environment and in which all people are against all. Widner, then passes on to explain why and how African states have become failed states and exemplifies her thoughts.

She tries to underline the difference between good and bad governments by exalting Botswana, an African state that is in better position than other African states although it is heavily affected by economic and climatic problems. She asserts that some unpopular reforms as well as preparations before crises saved the country from falling into chaos like some other African states. Widner complains about the ineffectiveness African states and governments and explains effectiveness of a state as having the qualities of efficiency and responsiveness. She also mentions that assessing the effectiveness of a state is a very difficult and complex thing because a state can be effective on a topic and ineffective on another thing at the same time. Later, she begins stating the reasons for the backwardness and low “stateness” in Africa.

Widner, first states poor leadership as one of the reasons of the low stateness in Africa. She gives Botswana leaders and Jomo Kenyatta of Kenya as successful leaders who were able to create a balance between different segments of the society and to concentrate the ruling power in the state mechanism. Leadership has always been an important issue for less or late developed countries. In order to make unpopular reforms, strong leadership is expected by developed states from third world countries’ leaders. Widner might be right but still I should ask; while supporting democracy is not it strange to encourage and support strong leadership which sometimes violates basic rules of democracy? We know that flourishing democracy is fragile and consolidating democracy is very important thing that should not be risked but still, supporting strong leadership not on the popularity or charisma level, but also on the institutional level can be dangerous for newly industrializing countries which all have monarchic pasts and were ruled by autocracy for long years.

Widner, secondly points out the lack of qualified personnel and bad managements as one of the reasons of the backwardness of the black continent. Although African states have been trying to make investments in education due to economic failures in the last years, they all had to limit the share of education in their budget and this led to the lack of qualified personnel in African states. Moreover, qualified personnel raised in these lands or in the West, do not want to come back to their countries after enjoying the opportunities in the Western countries. Widner underlines that private sector quickly recruits qualified people and in state affaires there are no qualified people. She also talks about the lack of meritocracy in appointments in state institutions. This is also related to tribal understanding of people instead of nuclear family. Due to the strong existence of different local groups (religious, tribal, mafia groups etc.), people are not recruited on the basis of their capacities in a system of merit, but rather because of their relatives in a state office. This is also a common problem in newly developing countries. It is difficult to establish a system based on meritocracy in the third world where the resources are limited, but the competition is vicious and high.

Jennifer Widner also states the overextension of these countries as a problem. By overextension, she means the state funds for inciting investments. She claims that these funds were not used correctly and it led to the increase in the corruption. Corruption is also a very important problem for late developing countries. In a country where people are poor and are in the aspiration of comfortable lives which they learn from television and cinema, it is very difficult to prevent corruption. However, unlike what Widner said, states’ support for investments and market-friendly statism are very important and necessary for newly industrializing countries. Especially considering the backwardness and the youthfulness of bourgeoisie in these countries, states should help and encourage people to make investments. Corruption and the bad use of these funds is another issue that must be solved.

Widner later talks about the problems related to the tribal understanding of people which does not allow the flourishing of individualism and nuclear family mentality. This understanding also causes corruption and the lack of meritocracy. More importantly, she talks about the widespread weapon sales in these countries. Due to the cheapness of AK 47’s in these countries, militias, gangs and local mafias can become so powerful that they can challenge the power of the states. Like Max Webber put forward long time ago, a state without the having monopolized the instruments of violence over its citizens is not a state anymore and that is why African states are very weak. This leads to another important problem which is social disintegration. Rwanda and Somali examples as well the latest developments in Liberia are clear examples of how dangerous the situation can be in African countries. Widner also talks about the limited border wars, the inefficiency of aid and international nongovernmental organizations in these countries.