Censorship as a dictionary definition means “the suppression or deletion of objectionable information, as determined by the censor” (Dictionary.com). In the age of liberal democracy and extensive human rights, censorship becomes much more unwarranted for individuals and societies. Censorship can be said to have lost its logic and function due to globalization and increasing communicational facilities such as the internet. Today, we can easily follow the news in our own country or in other countries very distant to ourselves from international television channels and internet. In this kind of a situation, the logic of censorship, bans and restrictions should be questioned and better understood. However, censorship still exists especially in political and religious areas. Since religion is a sacred area, criticism towards religions and religious institutions become a much more controversial topic. In this article, I am going to discuss whether censorship on religion is necessary or not in the light of two important texts; John Stuart Mill’s On Liberty book and Gary Willis’ “In Praise of Censure” article. 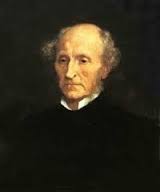 John Stuart Mill[1] (1806-1873) is an important political philosopher known as one of the forefathers of liberalism who advocates a “harm principle” in order to balance the problems of censorship. According to this harm principle, an individual is free to think and do anything he/she wants unless his/her actions begin to cause harm for other members of the society. “That the only purpose for which power can be rightfully exercised over any member of a civilized community, against his will, is to prevent harm to others” (Mill, 1991: 5). In Mill’s opinion, the state should appear at that point and restrict some rights of the individual that causes harm for others for the sake of the society. Unless someone’s behaviors cause harm for others, the state should be respectful towards all kinds of ideas, behaviors and should not try to raise its ideal citizens, but instead, it should make efforts to create a peaceful environment in which individuals can live freely according to their own choices and desires. Mill believes in the necessity of different opinions and different tastes both for an individual and for the society and gives great importance to the freedom of expression. “But the peculiar evil of silencing the expression of an opinion is that it is robbing the human race, posterity as well as the existing generation – those who dissent from the opinion, still more than those who hold it. If the opinion is right, they are deprived the opportunity of exchanging error for truth: if wrong, they lose, what is almost as great a benefit, the clearer perception and livelier impression of truth, produced by its collision with error” (Mill, 1991: 7-8) wrote Mill in one of the most important passages in his chef d’oeuvre On Liberty. In Mill’s view, liberties should cover the domains of consciousness, liberty of thought and feeling on scientific, moral and theological levels (Mill, 1991: 6). This clearly shows that Mill gives great importance to religious freedoms as well. He is against restrictions of ideas on the basis of three arguments. First of all, a different idea may be true though the majority of people do not support this. Secondly, an opposing view may not be correct, but it may and very commonly does have a portion of truth. Thirdly, in order to understand the essence of our “true” views, we need to understand the opposing views even though they are wrong (Mill, 1991: 8). So, it is clear that, in Mill’s view, censorship on religion will only be justified if it aims to prevent a damage to be done to other individuals and society. Mill also adds that this principle would be available for an enlightened society, not for barbarians who need despotic governments. Here, we should not forget that Mill was an advocate of Utilitarianism in ethics and he might defend censorship on the basis of greater benefit for the majority of people if it really causes harm to others.

American historian and journalist Garry Willis[2] (1957-) on the other hand, in his article “In Praise of Censure”, approaches to the subject from a very different angle. He tries to show that even the liberals do not accept complete freedom of opinion since nationalists and racists could also use this liberty for their own aims. “But the most interesting movement to limit speech is directed at defamatory utterances against blacks, homosexuals, Jews, women, or other stigmatizable groups” (Willis, 1998: 19). According to Willis, this shows that censorship can be very beneficial and liberals should be more careful in defending pornography and marginal tendencies in the name of freedom of speech. According to Garry Willis, “A false ideal of tolerance has not only outlawed censorship but discouraged censoriousness” (Willis, 1998: 20). Willis is angry towards liberals since they do not show the same attention towards disrespectful speeches against moral and religious values. In fact, in his opinion, “one of the great mistakes of liberals in recent decades has been the ceding of moral concern to right-wingers” (Willis, 1998: 21). So, in Willis’ view, censorship should be used frequently when there is an attack towards the society’s moral and religious views and liberals should understand that morality is equally important as anti-racist and non-discriminative policies.

After analyzing these two texts, we can discuss whether religious censorship could be made or not. Here I support Mill’s “harm principle” and think that all views even religious ones should be tolerated if they do not cause harm to individuals and society. A view can be different, but this does not necessarily mean to cause harm for the society. These views should be accepted as part of criticism and should be tolerated. However, offensive and provocative views that create problems within the society and between the individuals should not be accepted since they would cause harm. For instance, the caricature of Prophet Mohammed that was published in a Danish newspaper should be accepted as provocative and offensive, since it humiliates all Muslims and create problems between Christians and Muslims in the world. It is true that in the Christian world, freedom of expression is more developed and religious people can tolerate criticism and even jokes about religion. But in the Islamic world, due to socioeconomic backwardness and traditional anti-democratic ruling practices, the society is not mature enough to tolerate criticism or jokes on religion. Thus, in order to live in a less conflictive world, respect towards religion might include censorship if it incites the society and causes greater dangers. However, criticism towards radical Islamic groups that use or justify the use of violence would be naturally accepted since it tries to protect society and individuals from violence propaganda and false interpretation of Islam. These groups (ISIS is a recent example) should not only be criticized, but also fought against it. In addition, Willis might be right in defending morality, but he should also accept that, in a globalizing world, some rules and norms that are thought to be morally beneficial can become expired and criticism made in a democratic way would not cause harm to people.

We can compare and contrast two different approaches to religious censorship by giving examples from European Union and Syria in the light of two important sources; Barbara Larkin’s “International Religious Freedom (2000): Report to Congress by the Department” report and Manny Paraschos’ “Religion, Religious Expression and the Law in European Union” article from the book Religion, Law and Freedom: A Global Perspective. Paraschos, in his edited chapter, points out some problems of European democracy concerning religious freedoms, but he also admits that EU countries, by some legal-judicial mechanisms, have already guaranteed basic religious freedoms. For instance, European Convention of Human Rights and Fundamental Freedoms in its article 9 express that, “Everyone has the right to freedom of thought, conscience and religion; this right includes freedom to change his religion or belief or belief and freedom, either alone or in community with others in public or in private, to manifest his religion or belief, in worship, teaching, practice and observance” (Paraschos, 2000: 18). Paraschos also admits that EU countries still have some deficiencies concerning religious freedoms such as the state’s interference into the religion mostly caused because of their Church dominated background. For instance, “offensive religious expression” is criminalized in EU countries in order to protect the religious sensibilities of the majority (Paraschos, 2000: 18). However, EU standards are still very developed and higher compared to the rest of the world. In recent years, due to growing Islamophobic and far right groups and parties, EU countries also began to have more restrictions and problems related to religious freedoms. However, we still see that EU’s restriction understanding is based on the idea of protecting majority’s good and not causing harm to anyone. In this way, we can conclude that EU’s approach is very similar to Mill’s “harm principle”. However, looking at Syria, the picture seems completely different.

Although Syrian constitution seems to provide freedom of religion, the government imposes many restrictions on people. For instance, although there are other religions in the society, the constitution requires the President to be a Muslim (Larkin, 2000: 479). There is no state religion and the country seems to be a secular one, but since the President must be a Muslim, this shows the system works in a discriminatory way. Moreover, “Jews are barred from government employment and do not have military service obligations” (Larkin, 2000: 480). This shows that the country is in fact not secular and does not consider Jews as first-class citizens. There can be some political reasons behind this such as the Palestine-Israel conflict, but it still is a discriminatory application. For instance, Syrian government had previously “arrested several members of Jehovah’s Witnesses as they gathered for religious meetings in 1997” (Larkin, 2000: 480). This shows that Syrian government works unlike the European governments with the mentality of preventing people to believe in other religions although they do not cause harm to the rest of the society. However, the meetings of Jews could hardly be described as a problem since they only practice their beliefs and do not cause harm to other people. In fact, Syrian example is not the worst in the Islamic world. In many Muslim dominated countries, there are serious restrictions against the religious activities of Christians and Jews. This situation has started to be changed in recent years. Turkey, Azerbaijan and other Turkic countries are different countries compared to the rest of the Muslim world, since they have secular practices and the state is not regulated according to Islam. However, in Turkey, there is a negative (downward) trend in recent years due to growing Islamist tone of the government. Thus, Turkey might lose its secular character in the near future together with its democracy if the current President and the government will continue to create an Islamist wave that alienated people from other religions and lead to an atmosphere of fear for others.

Finally, in my opinion Mill’s approach to the problem is more plausible and religious censorship could only be accepted on the basis of preventing harm. Criticism should always be accepted and it will in fact help ourselves to check and develop our views. However, offensive and provocative contents should not be accepted as part of criticism. European countries’ system is similar to Mill’s understanding and it seems much more plausible and democratic than the Syrian or in general Muslim countries’ type of governance.