John Bordley Rawls (1921-2002)[1] was an American political philosopher who is often considered as one of the most influential contemporary thinkers. He held the James Bryant Conant University Professorship at Harvard University and the Fulbright Fellowship at the University of Oxford. His magnum opus, A Theory of Justice (1971)[2] made him famous and was translated into many languages. The book sold 400.000 copies and achieved to become a fundamental text in modern philosophy courses.[3] In this text, I am going to summarize the most important parts of Rawls’ theory from his chef d’oeuvre, A Theory of Justice (1971) and another important book written by him, Political Liberalism (1993)[4]. 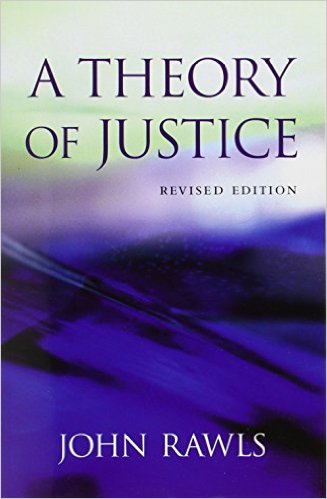 A Theory of Justice

Like famous philosophers Thomas Hobbes, Jean Jacques Rousseau, John Locke and Immanuel Kant, John Rawls thought of a period of time in the history in which human beings lived freely without the existence of a state or any kind of central authority. Rawls constructed his natural right theory upon this hypothetical stateless period called “original position”[5]. Some of the other social contractarian philosophers presented their ideas as a real historical process instead of a thought experiment. Rawls claimed that in this original position, people do not know their status, class, abilities, profits and even the conception of good. “Among the essential features of this situation is that no one knows his place in society, his class position or social status, nor does anyone know his fortune in the distribution of natural assets and abilities, his intelligence, strength and the like”. Rawls called this situation as “living in the veil of ignorance”. He thought that since people do not know their benefit and the conception of good in the veil of ignorance, they would not try to favor them and act fairly. In addition, they do not even feel like individuals. “The point is rather that the persons in the original position are not to view themselves as single isolated individuals”. According to Rawls, “justice as fairness” derives from this original position and basically tells the fairness of people living in these conditions. “This explains the propriety of the name justice as fairness: it conveys the idea that the principles of justice are agreed to in an initial situation that is fair”. Due to this fair equal situation, benefits and burdens are distributed appropriately in the society. No one tries to violate other people’s basic rights for his own profit or the profit of the whole society. So, inviolable individual rights are protected in the original position due to the existence of the veil of ignorance and the disinterestedness of people. Rawls is a real defender of individual freedoms and thinks that a person’s thoughts and actions should be tolerated as much as possible unless this person’s actions begin to cause problems for social order that is necessary for keeping free individual and social life. “Furthermore, liberty of conscience is to be limited only when there is a reasonable expectation that not doing so will damage the public order which the government should maintain”. So, we can say that Rawls’ proposal for justice is the inviolability of basic individual rights and the disinterestedness of people derived from the inviolability of their rights in a tolerant environment. Thus, laws should be arranged according to this basic principle of justice and the state should be responsible of only taking part when there are problems threatening the inviolability of natural individual rights. Inviolable individual rights should also be superior to public interest and any other ethical proposal. This should be the basis of justice and laws. “Each person possesses an inviolability founded on justice that even the welfare of society as a whole cannot override”. 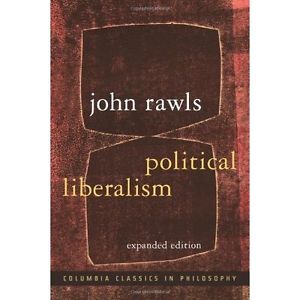 John Rawls’ “justice as fairness” and political liberalism understanding has two basic principles. First, “each person has an equal claim to a fully adequate scheme of basic rights and liberties, which scheme is compatible with the same scheme for all; and in this scheme the equal political liberties, and only those liberties, are to be guaranteed their fair value”. Second, “social and economic inequalities are to satisfy two conditions: first, they are to be attached to positions and offices open to all under conditions of fair equality of opportunity; and second, they are to be the greatest benefit of the least advantaged members of society”. According to Rawls, these two principles are derived from two philosophical traditions: Lockean tradition what Constant calls as “the liberties of the modern” and Rousseauian school what Constant calls as the “liberties of the ancients”. Lockean tradition is about freedom of conscience and basic natural rights, whereas Rousseauian perspective focuses on political liberties and the rule of law. Rawls thinks that although we cannot separate these two principles from each other, the first one is more important in a just and fair society. He thinks that these two principles express an egalitarian form of political liberalism in virtue of three elements. First of all, these two basic principles guarantee the fair value of political liberties by preventing formality. Secondly, they give emphasis on equality of opportunity and thus, create a fair political environment. Thirdly, they aim to prevent socioeconomic inequalities unless these inequalities are in the favor of the least advantaged members of society. In Rawls’ thinking, in order to create a secure environment in which different political views can be represented without clash, there must be basic principles accepted by everyone in the society. For doing this, he advises “narrowing the range of disagreement”. This can be done only in “organizing familiar ideas and principles into a conception of political justice”. According to Rawls, the aim of justice as fairness is practical and it directs people to form an “overlapping consensus” on the necessity of basic principles that would be shared by everyone and guarantee all people’s freedoms. He thinks that “justice as fairness” is not like other moral doctrines such as utilitarianism which are comprehensive and “hold for all kinds of subjects ranging from the conduct of individuals and personal relations to the organization of society as a whole as well as to the law of peoples”. Justice as fairness is like a central organizing idea that was developed by two fundamental ideas: creating free and equal individuals and to establish a well-ordered society. By this way, opposing religions, philosophical and moral doctrines will enjoy security and freedom in Rawls’ view.

Rawls also talks about the necessity of social cooperation in his book Political Liberalism. He defines cooperation as “distinct from merely socially coordinated activity, for example, from activity coordinated by orders issued by some central authority, rather as a guidance by publicly recognized rules and procedures that those cooperating accept and regard as properly regulating their conduct”. Moreover, cooperation is realized by approval of all citizens and has the idea of reciprocity. All participants benefit from the social cooperation and they make a rational choice in approving it as the basic principle of the society. “The idea of social cooperation requires an idea of each participant’s rational advantage, or good”.

Rawls’ ideas especially his ideas about the socioeconomic inequalities seem interesting and worth an analysis. He claims that “social and economic inequalities are to be the greatest benefit of the least advantaged members of society”. Although this claim seems as a social democratic sensitivity for the suppressed groups and classes in Rawls’ theory, many other people criticized Rawls for creating an exit guarantee for the capitalist system. In other words, we can claim that this perspective does not aim to abolish inequalities, but rather minimizes it for the sake of the survival of the system. Furthermore, although Rawls talks about the veil of ignorance and describes the original position as a state of ignorance similar to the Rousseau’s state of nature in which men are seen as natural livings who lack humanity, when he explains the necessity of the justice of fairness he gives men’s reciprocal realization of their benefit in political liberalism as an explanation. These are some points where Rawls’s theory seems confusing. Moreover, although it was a well-known and appreciated theoretical work, it would be difficult to apply his “difference principle” to real life in this abstract form. But still, we can say that, Rawls’ legacy will be a major research subject for young scholars and students of philosophy for long centuries.

[5] Other philosophers preferred to call this period as the “state of nature”.