DAVID HELD’S ‘VIOLENCE, LAW AND JUSTICE IN A GLOBAL AGE’

David Held[1] is a British professor of Politics and International Relations at Durham University. Held is also the co-founder of the publishing company Polity Press. He is well known with his writings on globalization and cosmopolitanism. Held, in his article “Violence, Law and Justice in a Global Age”[2] analyzes globalization and its effects on the law systems around the world. In this piece, Held’s article will be summarized and discussed. 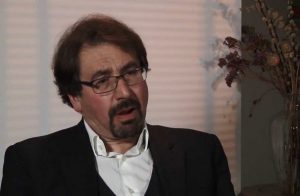 David Held begins the article by quoting famous German philosopher Immanuel Kant and claims that similar to what Kant observed and predicted two centuries ago, we are living “unavoidably side by side” and our mutual interconnectedness as well as vulnerability have been growing rapidly. Held’s conceptualization is cosmopolitan for several reasons. After explaining “cosmopolitanism”, I am going to explain how Held thinks and theorizes in a cosmopolitan manner.

Cosmopolitan by dictionary definition means “pertinent or common to the whole world” or “so sophisticated as to be at home in all parts of the world or conversant with many spheres of interest”. Held believes that the world, -via globalization-, especially in the last decades, has been producing universal norms and criteria in many issues and international legal thinking has become a reality of the 21st century. According to Held, globalization is not a one-dimensional phenomenon and its effects are everywhere. Emergence of international and supranational organizations, the victory of free-market economics over protectionist policies and the general trend towards creating an international tribunal are all examples of globalization in Held’s view. Held also asserts that although some people still believe that nation states are the primary actors in politics, in reality, societies and states have always been interconnected and there is a visible increase in the degree of globalization in the last years. What makes Held cosmopolitan is that he does not believe in separate nation states and totally different cultures but rather supports and believes in globalization for the sake of peace and human rights.

Held, in his article also mentions that starting from Nuremberg and Tokyo International Tribunals after the Second World War, international legal thinking has been growing rapidly. Moreover, international laws are based on a cosmopolitan understanding and do not accept commands of national leaders as a cause of immoral behaviors. “The recognition in international laws of the offences of war crimes, genocide and crimes against humanity makes clear that acquiescence to the commands of national leaders will not be considered as sufficient grounds for absolving individual guilt in these cases”, Held wrote. He believes that in accordance with the decisions of Nuremberg Tribunal, an individual has a duty to resist committing an immoral behavior even against the orders or national laws. Recent war crimes tribunals for Yugoslavia and Rwanda were also motivated and acted by this principle. These are clear evidences for Held that we have been living in a globalizing, cosmopolitan world where there are supranational laws, institutions. In addition, Held talks about the efforts to establish permanent International Criminal Courts which were initiated by Clinton administration but withdrew by Bush administration because of the fear that American soldiers would also become targets of politically motivated prosecutions.

Held supports globalization because in his idea the prevention of the abuse of human rights and containment of armed aggression is only possible through international struggle against wars, terrorism and crimes. He also points out that in this new world order the abuse of human rights and crimes against humanity do not only occur in warfare but also in peace times. According to David Held, we do not have to differentiate war from peace because many terrible things such as 9/11 can happen during peace times in this globalized world. He advocates the deepening and institutionalization of international laws and claims that human rights and rules of war must be seen as two complementary forms of international laws. “Accordingly, the rules of war and human rights law can be seen as two complementary forms of international rules which aim to circumscribe the proper form, scope and use of coercive power”, he wrote. Held does not underestimate the power of group thinking such as national policies, religious affiliations and local or ethnic values but rather claims that for the majority of the world these sources would not be applicable like in the past if they contradict with the universal norms. He wrote, “Accordingly, the boundaries between states, nations and societies can no longer claim the deep legal and moral significance they once had; they can be judged, along with the communities they embody, by general, if not universal, standards” in this article. Held also talks about the contradictory dimensions of globalization. In his idea, neo liberal system has been causing growing economic inequalities, political instabilities due to market fluctuations and reactions against globalization due to these problems. However, at the same time there is also the entrenchment of cosmopolitan values and laws. Economically globalization advocates deregulatory, neo liberal policies whereas politically and jurisdictionally it aims to create more and more laws, norms and order. This is the contradictory aspect of globalization in Held’s opinion.

Held’s thinking is cosmopolitan because he does not see these norms just as Western principles. “These principles are not just Western principles” he wrote. According to him, these are universal cosmopolitan values that must be protected and disseminated. Held believes that reactions against crimes and terrorism should also be in conformity with these humanitarian principles and states should not act hastily like President Bush did it after 9/11 disaster. These principles should not be used differently from country to country or from time to time in Held’s idea. “But any defensible, justifiable and sustainable response to the 11th of September must be consistent with our founding principles and the aspirations of international society for security, law, and the impartial administration of justice – aspirations painfully articulated after the Holocaust and the Second World War – and embedded, albeit imperfectly, in regional and global law and the institutions of global governance”, he claimed in this article. David Held asserts the language that President Bush used after the 9/11 incident was not in accordance with cosmopolitanism and dividing the world by saying “you are either with us or against us” is a wrong approach for creating a globalized world. He finds this approach “regrettable and, potentially very dangerous”.

David Held also believes that politicians and academicians must be careful not to create fear and hatred towards West and Islam, but instead should give emphasis to international struggle against terrorism. In Held’s view, President Bush’s approach to the problem is very dangerous because it may create a strict division between Islam and Western countries. Considering the presence of millions of Muslims in the Western world, the problem would become even more important if this understanding prevails over cosmopolitan values. Held’s conceptualization is cosmopolitan because he does not only criticize anti-Western Islamic fanatic discourse, but also non-universal policies conducted by President Bush. He opposes to all kinds of divisions and dreams of a united, peaceful world. In order to realize this, he thinks that there are three requirements that must be fully satisfied. First, states must be committed to rule of law not to the prosecution of war. Secondly, Western countries must give up acting self-interestedly and to support anti-democratic, anti-cosmopolitan regimes for economic benefits. Finally, he asserts that enormous economic inequalities caused by the free-market system must be eliminated and states as well as international organizations should take initiatives to solve this problem. In this way, Held clearly differentiates himself from neo liberal tradition and makes a new opening about the globalization issue.

To sum up, Held’s cosmopolitan ideas are also conceptualized in a cosmopolitan manner. First of all, he analyzes developments from a global perspective and does not define nation-states are primary actors of international politics. He thinks that like Kant put forward two centuries ago people and states live side by side and there have always been in interaction. He also reveals that this interaction has been growing enormously in the last decades. Secondly, in his idea increasing universal values are not only Western values. These values should be supported by all cultures and states in his perspective. Thirdly, he opposes to the efforts of creating divisions whether it comes from the east or west. He criticizes Islamic extremist terrorist networks and even advocates the necessity of “zero-tolerance” punishment to these groups but also criticizes President Bush for creating suspect groups and spoiling universalization. Lastly, David Held supports and encourages International War Tribunals’ decisions that charge supranational, humanitarian responsibilities to individuals. He thinks that cosmopolitan values are above national laws and individuals should act in this way. While having this cosmopolitan understanding, Held also admits the wrong approach of Western countries and growing economic inequalities around the world. Unlike neo liberal tradition, he evokes states and international organizations to solve these problems.