ANALYZING THE MOVIE ‘BEING JOHN MALKOVICH’ FROM AN ADLERIAN PERSPECTIVE

We all had experience about idolizing someone, often celebrities. This is very normal because we all have inferiorities and we are likely to be impressed by people who do not have these inferiorities. This paper aims to illuminate the actions of various characters especially the character of Craig Schwartz in Spike Jonze’s film “Being John Malkovich”[1], by examining the causes and consequences of problems arising with the inferiority complex. This will be undertaken with regard to the famous psychologist Alfred Adler’s conception of “inferiority-superiority complex”. It will be shown that all people have inferiorities and they are likely to create idols.

Firstly, I will present a short summary of the film.[2] An unsuccessful puppeteer, Craig Schwartz (John Cusack), takes a filing job in a low-ceilinged office on the “7 ½” floor in one of the biggest buildings of Manhattan. Although he is married to Lotte (Cameron Diaz), Craig falls in love with his attractive colleague Maxine (Catherine Keener). He tries to charm her, but Maxine does not seem so interested in Craig. One day, Craig discovers a small doorway hidden behind a filing cabinet; he later realizes that this doorway is a magical portal that allows him to enter the mind and life of famous actor John Malkovich for 15 minutes. After 15 minutes, the person who enters to John Malkovich’s mind drops into a ditch beside New Jersey Turnpike. Craig tells this great discovery to his obsession Maxine and Maxine convinces Craig to start a business: John Malkovich (J.M.) Inc.! Maxine finds clients and sells trips for John Malkovich’s mind at 200$. People including Craig and Lotte, become addicted to John Malkovich’s mind and life. Lotte and Craig, they both fall in love with Maxine; but Maxine is more interested in Lotte than Craig, especially when she is in Malkovich’s body. Later, Craig learns how to control Malkovich’s mind completely and he stays 8 months in it. Maxine leaves Lotte and begins to live with Malkovich controlled by Craig. Malkovich becomes a great and famous puppeteer and Maxine becomes pregnant. Maxine is not happy although they are very rich because she loves Lotte and she thinks that the owner of the baby is Lotte (When she was in Malkovich’s body). The mystery of the portal is not all about. We later learn that the boss of the company on “7 ½” floor, Dr. Lester (Orson Bean) has a group of old people that regularly enter in John Malkovich’s mind. These people, with the leadership of Dr. Lester, kidnap Maxine and threaten Craig. Craig goes out of Malkovich’s mind in order to prevent Maxine’s death. When he goes out, Dr. Lester and others enter in Malkovich’s body before midnight and they continue to live there. However, Craig enters here after midnight and he passes to Malkovich’s daughter’s mind. Maxine and Lotte live together and they look after the little daughter. 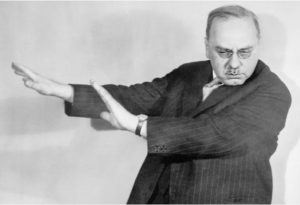 Secondly, I will explain Adler’s theory in short. Alfred Adler (1870-1937)[3] is one of the biggest names in the field of psychology. He was born in Vienna, in 1870. He was graduated from the University of Vienna. He worked with famous scientists Carl Gustav Jung and Sigmund Freud. However, their views were quite different and thus, Adler distanced himself from Freud and formed his own institute. He worked long years until his death on 28 May 1937. He is known as one of the most important psychiatrists of the 20th century. According to Adler, all people have inferiorities because we are pulled towards fulfilment, perfection and self-actualisation and we may end up with failures and dissatisfactions. Inferiorities are very normal reactions to the awareness of not being perfect, also called minus situation. Adler says, “To be human means to feel inferior”. Inferiority complex can be useful if it remains within the limits. It is particularly useful from the viewpoint of the teacher, as the interest of the child in its education springs from this feeling. Inferiorities may force people to self-development, overcoming difficulties and working harder. If it happens in that way, we call this as the positive kind of striving against inferiorities. Striving refers to efforts to get rid of inferiorities and Adler calls it as positive situation. However, inferiorities generally end up with negative results. Adler claims that “There are, however, two great reasons that hamper the child’s interest in learning: one is an excessive feeling of inferiority, the other, the usual consequence of the former, the development of striving, no longer towards security and equality, but towards power and superiority”. The negative striving leads to superiority complex, seek for power over other people. Lydia Sicher says; “The more inferior individuals think they are, the more superiority they will have to gain in order to think they are really secure”. I will better explain his theory while applying it to the film.

Thirdly, I will make connection between the film and the theory. Craig Schwartz is a very unsuccessful man and he has an inferiority complex about being satisfied, famous and rich. He likes to be a puppeteer and he has a great talent, but he cannot achieve to become a famous and rich man. He has not got a happy family life, his house is full of pets like a jungle and his wife Lotte seems more interested in her monkey than in Craig. In addition, he falls in a desperate love with Maxine. Then, he discovers the portal and everything begins to change. Like all other people, Craig has inferiority feelings but these are very strong ones. As a consequence of the negative striving against inferiorities, he wants to stay in John Malkovich’s mind forever; he wants to use Malkovich’s charisma and status. Malkovich is a rich, famous, satisfied man and in reality Craig does not want to be John Malkovich; rather he wants to be a rich, famous and satisfied man. Then, we see the effects of superiority complex. He wants to use power over others; he gets angry with one of his students, who could not satisfy enough in puppeteering, he goes to television programs often and enjoys being a rich and famous man. Although this crazy life prevents him to be in his real body, he does not want to get out from Malkovich’s mind because he has enormous inferiority feelings that cause negative striving. Craig knows that when he goes out of Malkovich’s body, he will be an ordinary and unsatisfied man. Adler calls this kind of people as “getting type”[4]. These people are very dependent on other people, they have passive attitudes towards life and they have much inferiority. Craig is a good example of “getting type” because he is a very passive man with a low self-esteem. This passiveness can be based on his childhood memories or three basic things in daily life: love, work and communal life. Also, organ deficiencies and other physical problems are the reasons of inferiorities and getting type people. In my opinion, Craig’s inferiority complex is mostly based on his work life, but his love and communal life may also be effective in his passive personality. Getting type people have tendency to idolise other people especially famous people.

Other people who enter in Malkovich’s mind are also getting type people; they all have different type of inferiority. For instance, the boss of the company -Dr. Lester- has inferiority about being old; so, he feels happier when he is in Malkovich’s younger body. Lotte Schwartz has an inferiority complex of being woman and being not so dominant in sexual relations; so, she feels stronger and dominant when she is in Malkovich’s body. In contrary to these people, Maxine, who is a perfect example of Adler’s “ruling type” with her charisma, self-confidence, snobbish attitudes and control over her life, does not want to enter in Malkovich’s body. Instead of inferiority complex, she suffers from “deprecation complex”; she let others know of her accomplishments and tends to do so in a belittling manner.

Finally, the movie “Being John Malkovich” is an interesting production that is much deeper than it seems initially. The movie is open to philosophical discussions and scientific analyses. This can be done primarily by Alfred Adler’s theory but other social theories or psychiatric approaches can also be used in analyzing this movie.

[2] The movie is made in 1999 and directed by Spike Jonze. The scenario was prepared by Charlie Kaufman. The film stars John Cusack, Cameron Diaz, and Catherine Keener, with John Malkovich and Charlie Sheen as themselves. Released by USA Films, the film was nominated in three categories at the 72nd Academy Awards: Best Director for Jonze, Best Original Screenplay for Kaufman and Best Supporting Actress for Keener. For details, see; https://en.wikipedia.org/wiki/Being_John_Malkovich.