Turkey has been ruled by President Recep Tayyip Erdoğan with an iron fist via the emergency rule since the failed coup attempt of July 15, 2016. During this time period, ten thousands of people were imprisoned and sacked from their jobs due to their involvement into the coup attempt. Opposition voices in Turkey[1] and some international organizations such as Reporters sans frontières (RSF-Journalists without Borders) claim that the Turkish government uses this unlawful attempt as a pretext to create a more loyal bureaucracy to governing Justice and Development Party (AK Parti) and President Erdoğan.[2]

Everyone can easily feel the atmosphere of fear and doubt created over people who want to stay neutral or to oppose government’s policies in today’s Turkey. Meanwhile, it is also a fact that Turkish people’s economic problems and Turkey’s foreign policy troubles have doubled since the failed the coup attempt. However, Turkish President Recep Tayyip Erdoğan still enjoys a considerable support due to his increasing populist nationalist-Islamic rhetoric and Turkish Armed Forces’ military involvement into Syria via an operation called Olive Branch (Zeytin Dalı) which forces Turkish voters to support the government in this difficult period. Erdoğan’s another advantage is to take Turkish nationalist MHP (Nationalist Action Party) and its leader Devlet Bahçeli’s full support for the ongoing military operation in Syria and for the upcoming elections.[3] Laura Pitel from Financial Times claims that it was his poor opinion polling performance that forced Mr. Erdoğan to embrace an electoral pact with Turkish nationalists.[4] In this article, I am going to summarize recent political developments in Turkey and look at three elections that will be held in Turkey in 2019.

Turkey will have three important elections in 2019; thus, we can say that 2019 will be the year of elections in Turkey. The competition between political parties and candidates have already started albeit difficulties caused by Turkey’s limited democracy under emergency law and war conditions. The first of these elections will be 2019 local elections that will be organized on March 31, 2019 Sunday. Local elections in Turkey are very important; because the control of big cities like İstanbul, Ankara and İzmir create economic advantages for political parties that govern these cities’ municipalities. It should not be forgotten that President Erdoğan’s unstoppable rise to power started immediately after his election as the municipal leader of İstanbul in 1994. Moreover, winning the local elections give voters confidence to vote for the winning party in the parliamentary and presidential elections in order to get better service and help from Ankara. The governing JDP has been ruling big cities like İstanbul and Ankara since 1994. However, President Erdoğan recently decided to change municipal leaders of these two biggest Turkish cities (Kadir Topbaş in İstanbul and Melih Gökçek in Ankara) by forcing them to resign. This might give opposition parties a greater chance to win the local elections since both of these politicians were very popular among the Islamist-conservative people. However, President Erdoğan thinks that it was his charismatic leadership and political Islamist system (tradition) that created these stars and he could easily create new stars for replacing Gökçek and Topbaş. The current municipal leaders of JDP are Mustafa Tuna (Ankara) and Mevlüt Uysal (İstanbul). These two politicians are well respected and they do not have any corruption allegations, but it is also a fact that they are unknown by people in the street. However, we can say that Tuna and Uysal will still be favorite candidates if they are chosen as candidate by their party and President Erdoğan.

The only party that seems to have chance to defeat JDP in local elections in 2019 is pro-secular Republican People’s Party (RPP-Cumhuriyet Halk Partisi). The party already controls Turkey’s third biggest city İzmir for several years and has a large support both in İstanbul and Ankara. RPP’s İstanbul candidate will probably be Mehmet Akif Hamzaçebi[5], a charismatic social democratic politician from Trabzon. With a good program and pr campaign, Hamzaçebi could win the local elections and might start a new advancement period for his party. In the last year presidential referendum, both Ankara, İzmir and İstanbul voters were against President Erdoğan.[6] However, except İzmir, the results were very close and JDP and President Erdoğan has still higher chance to win the municipalities with good candidates as well as NAP support. Thus, President Erdoğan might choose new and more popular candidates for 2019 local elections in order not to risk losing. Prime Minister Binali Yıldırım for instance could be a good candidate for Istanbul municipality since he was the Minister of Transportation in Turkey before becoming PM and the biggest problem of Istanbul seems to be its traffic jam. RPP’s Ankara candidate on the other hand is still a mystery. RPP was very close to win the elections in 2014 with a candidate coming from NAP (MHP) tradition, Mr. Mansur Yavaş. Yavaş in fact lost the elections in a controversial way and claimed to win the elections.[7] Yavaş can still be a very good candidate for RPP, but President Erdoğan’s electoral pact with NAP could reduce his votes. Eskişehir municipal leader Yılmaz Büyükerşen, party’s opposition leader Muharrem İnce, former Ankara municipal leader Murat Karayalçın, party’s Manisa deputy Özgür Özel and party’s Ankara deputy Levent Gök are some of the names RPP leader Mr. Kemal Kılıçdaroğlu can choose as his Ankara candidate. These are the most popular and well-known names of CPP, a party that has not been able to create political stars in recent years. In İzmir, RPP is already the favorite whether they choose the current municipal leader Mr. Aziz Kocaoğlu as their candidate or not. So, in Ankara and İstanbul there might be a very interesting race between JDP and RPP and anything could happen if RPP chooses right candidates and makes good electoral programs addressing to people’s daily life problems such as traffic jam, astronomic housing prices, problems of public transportation etc. 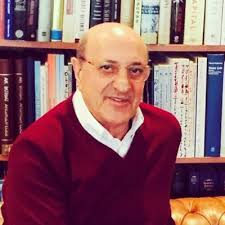 The second and third elections of Turkey will take place on November 3, 2019 for parliamentary seats and the presidential post. I already tried to analyze 2019 presidential elections for UPA few weeks ago[8] and concluded that President Erdoğan is still the big favorite, but if RPP and the newly established center-right Good Party (İyi Parti) could find a common candidate who could appeal to Turkey’s conservative voters also, they could a have chance against Erdoğan especially if we go to the second round. Mr. Abdullah Gül, Mr. İlhan Kesici or Mrs. Meral Akşener could be such a good candidate that could unify all oppositional groups in Turkey.

Let me here introduce some results from the recent opinion polls made in Turkey by different companies. Konsensüs Company for instance made a poll in January 2018 and found that support for Mr. Erdoğan’s presidency is around 47 % and he could easily win the presidential election with NAP support.[9] SONAR Company on the other hand claimed that Erdoğan’s support is only around 46 % including NAP votes by January 2018 and thus, 2019 presidential race will not be a piece of cake election for Mr. Erdoğan.[10] Lastly, Gezici Company in January 2018 found out that Mrs. Akşener (42.7 %) and Mr. Erdoğan’s (45.2 %) public support for presidency are very close if they would go to second round together.[11] These results are contradicting, but they still give us an idea about what could happen. So, the most probable outcome is still Erdoğan’s victory although the opposition has a much higher chance compared to Russian presidential election for instance.

Simultaneously with the presidential election, on November 3, 2019 Turkey will also have a parliamentary election for 600 parliamentary seats in Turkish Grand National Assembly (TBMM). Although TBMM’s role will be rather limited in the new political system of Turkey, parliamentary election is still important for prestige and for controlling the legislative power. Konsensüs Company’s January 2018 polls declared JDP as the biggest favorite of parliamentary elections with 44.9 % of the votes, while RPP had 23.7 %, NAP had 10.6 % and pro-Kurdish People’s Democratic Party-PDP (HDP) had 9.1 % support.[12] AKAM Company’s February 2018 results were; 40.20 % for JDP, 25.50 % for RPP, 13.30 % for Good Party, 12 % for PDP and 7.30 % for NAP.[13] Most recently, ORC Company in March 2018 predicted JDP’s landslide victory with 48.2 % support and declared RPP support as 24.6 %.[14] These results show that JDP will become the winner of the parliamentary election anyway, but the election results will tell us how strong their support is among the Turkish public.

Finally, it is not wrong to conclude that 2019 will be tough year for Turkish economy due to electoral costs, increasing polemics between presidential candidates and political party representatives and ongoing military operation in Syria. However, I am certain that Turkish people will continue to act as a honorable nation that hosts most refugees in the world without any complaints and that fights against all kinds of terrorist organizations without any distinction.