Turkey will have its joint Presidential and parliamentary elections on June 24, 2018. The decision was declared by Turkish President Mr. Recep Tayyip Erdoğan after a meeting with Nationalist Action Party (MHP) leader Mr. Devlet Bahçeli who previously stated that his party will support Erdoğan in the Presidential election.[1] Early election decision was unexpected for many observers in Turkey since Mr. Erdoğan is known as a strong critic for early elections and he previously called those who ask for early elections as “traitors”.[2] In this piece, I am going to analyze some factors that directed Mr. Erdoğan to make this decision and discuss the chance of opposition parties and leaders in Turkey.

Erdoğan is confident of victory

In analyzing Erdoğan’s motivation factors to call for early elections, first of all, we should focus on the refreshing effect of elections in all countries. It is a fact that electoral victories provide a blank page for leaders in the eyes of the voters and increase their legitimacy both in their country and in the world. After witnessing Vladimir Putin’s victory in Russia and İlham Aliyev in Azerbaijan, President Erdoğan might have been convinced that an electoral victory would make himself more secure and legitimate in the system. Secondly, the recent alarming rise of American dollar and euro against Turkish lira might have directed Mr. Erdoğan to call for an early election before economic difficulties actually begin to affect people’s daily lives. It is a fact that the majority of Turkish people think of their economic interests when they vote and the rise of dollar and euro will decrease Turkish people’s purchasing power in the coming months. Thirdly, President Erdoğan probably wants to take credit for Turkish Armed Forces’ (TAF) successful Olive Branch Operation that increased nationalist sentiments in Turkey and elevated Turkish people’s grandeur feeling again. Most recent opinion polls made by Turkish companies suggest that President Erdoğan has almost 55 % support thanks to successful operation made by TAF that was fully supported and coordinated by Erdoğan himself.[3] Fourthly and most importantly, I think President Erdoğan wants to prevent the emergence of new actors and political movements that could threaten his seat by calling for this snap election. Since the election will take place on June 24, opposition parties will have serious hardship in finding a new candidate who could be made widely known. Thus, oppositional parties will probably choose a well-known candidate against Erdoğan. However, polls suggest that among the existing political actors in Turkey, Mr. Erdoğan does not have a serious contender. In that sense, President Erdoğan and his party aims to win the election in the first round. For all these reasons, I think Mr. Erdoğan and his close associate Mr. Bahçeli seem to have made a good decision for their political careers.

Mr. Kılıçdaroğlu can choose Mr. Gül for his party’s Presidential candidate in order to appeal to Islamist voters 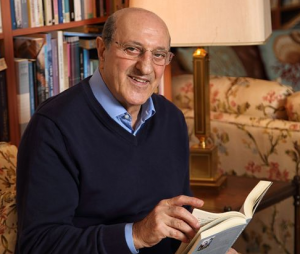 If we look at the opposition side however, the picture is not that bright. Pro-secular Republican People’s Party (CHP) is still ruled by Mr. Kemal Kılıçdaroğlu after Mr. Deniz Baykal. Mr. Kılıçdaroğlu was able to increase CHP votes to 25 % from 20 %, but in recent years he also became unable to make further rise. He does not seem to have any chance against Mr. Erdoğan in the new Presidential system since the majority of Turkish people have always preferred more religious Sunni candidates against secular and Alevi politicians until now. Since the election will take place in 65 days, choosing a new and bright candidate that could be presented to Turkish society is very difficult. Thus, CHP has to choose a familiar candidate who could appeal to conservative and nationalist people as well. In that sense, I think CHP can choose Mr. Muharrem İnce, Mr. İlhan Kesici, Mr. Yılmaz Büyükerşen or Mr. Abdullah Gül if Kılıçdaroğlu will not become a candidate himself. Former Chief of General Staff Mr. İlker Başbuğ also could be a surprise candidate for CHP. Mr. Başbuğ was on trial for coup plotting against AK Parti government, but later it was found that Islamist groups (FETÖ) organized his trial. CHP can still make a good job in terms of parliamentary election by getting 25-30 % of the votes, but in the Presidential race, the party does not seem to have too much chance against Mr. Erdoğan and his ruling AK Parti (Justice and Development Party).

Mr. Muharrem İnce is a secular nationalist who could appeal to both left and right

General İlker Başbuğ could be a surprise candidate

The other important opposition party is the Turkish nationalist Good Party (İyi Parti) led by Turkey’s only female political leader Mrs. Meral Akşener. Coming from ultra-nationalist MHP (Nationalist Action Party) tradition, Mrs. Akşener is a respected figure within the Turkish right. However, due to electoral laws, her newly established party might not have allowed to take part in the parliamentary elections. So, Mrs. Akşener will probably establish an electoral pact either with the center-right Democrat Party (a small party that wants to revive Adnan Menderes-Celal Bayar tradition in Turkey and ruled by Gültekin Uysal) or with the Islamist Felicity Party (Saadet Partisi) led by Temel Karamollaoğlu in order to take part in the elections. In terms of Presidential race, Mrs. Akşener’s followers can easily collect 100.000 signatures to make her an independent Presidential candidate against Mr. Erdoğan. If Mrs. Akşener becomes a candidate, it is highly likely that she will be at the third place after Erdoğan and CHP candidate. But in case she becomes the second best and Mr. Erdoğan could not pass 50 % in the first round, she can make a surprise in the round two by becoming Turkey’s first female President of the Republic.

Islamist Felicity Party (Saadet Partisi) is also becoming an important political actor again due to their 1-2 % electoral support that could determine the fate of elections. Felicity Party can also become an important actor for helping Good Party to take part in the parliamentary elections. However, in fact these two parties are very different from each other; Good Party is a secular Turkish nationalist party whereas Felicity Party is an Islamist political party that appeals to Kurdish voters as well. Felicity Party voters come from Necmettin Erbakan’s National Outlook (Milli Görüş) tradition and they might prefer to vote for Mr. Erdoğan although they are disturbed of authoritarian and corrupt practices of Erdoğan government in recent years that became publicly known with the 17-25 December 2013 corruption scandal in Turkey.

Mr. Selahattin Demirtaş can make a comeback for the Presidential election

Pro-Kurdish Peoples’ Democratic Party (HDP) will also take part in the elections although many parliamentarians of this party -including their young and charismatic leader Mr. Selahattin Demirtaş- are in jail and on trial. Mr. Demirtaş can become a candidate since he is not found guilty yet. However, I suspect that Turkey’s slow judicial system can accelerate and prevent Demirtaş’ candidacy for the Presidential election. Mr. Demirtaş and HDP’s position is extremely important for the Presidential election since 10 % Kurdish votes might determine the fate of other candidates especially in the second round.

Finally, I think Mr. Erdoğan and his party are determined to keep their stronghold in Turkish politics and they want to transform Turkey into a “one party dominant” system as in the case of Azerbaijan and Russia. Many observers have also doubts about the equal conditions and fairness of the elections. Even in the last year’s referendum, there were some controversies according to international observers.[4] So, all indicators point out that Mr. Erdoğan and his party will continue to rule Turkey unless Turkish people show a strong reaction against increasing authoritarianism and Islamization.

MORE THAN 5,000 PEOPLE KILLED IN MAJOR EARTHQUAKES IN TÜRKİYE AND SYRIA