Boris Johnson succeeded Theresa May as Britain’s new Prime Minister on Tuesday (23 June 2019). Johnson won about two-thirds of eligible votes in a weeks-long contest and beat the Foreign Secretary Jeremy Hunt, a close political ally of May’s.  According to the foreign press, the new Prime Minister Johnson will officially take office on Wednesday, when Theresa May formally resigns the post.

Johnson’s term of office will not be an easy one. Brexit is the first and foremost factor that will pave the way for Johnson to face tough tensions in the upcoming days. In addition, as the Britain’s 14th Prime Minister (after Winston Churchill, Anthony Eden, Harold MacMillan, Alec Douglas-Home, Harold Wilson, Edward Heath, James Callaghan, Margaret Thatcher, John Major, Tony Blair, Gordon Brown, David Cameron and Theresa May) to serve under the reign of Queen Elizabeth II, Johnson will also have to deal with an escalating crisis with Iran as far as experts are concerned.

Who is Boris Johnson?

American-born Boris Johnson (born in 1964) has Ottoman ancestors.  Boris Johnson with full name Alexander Boris de Pfeffel Johnson rose to prominence in British political sphere when he was the mayor of London from 2008 to 2016. It is also known that he adopted a pro-Brexit stance ahead of the 2016 U.K. referendum. Boris Johnson had served as a member of parliament (MP) for the Conservative Party since 2001 after a checkered career in journalism. Johnson studied at the Eton College and then studied at Oxford University. He worked as a journalist in Brussels for some time. Later, he became a politician and became the mayor of London. On the other hand, following former Prime Minister David Cameron’s resignation in 2016, Johnson was appointed as foreign minister in Theresa May’s government. According to political commentators, Johnson is not suitable for high office because of the previous comments he made; he was accused of Islamophobia after the statements he made concerning the dressing of Muslim women. 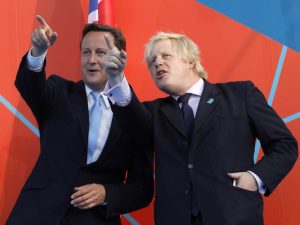 What is next in British politics?

One of the key issues Johnson will need to concentrate on is Brexit. Britain is currently scheduled to leave the European Union on October 31  based on the wishes of a majority in Britain’s four countries (England, Wales, Scotland and Northern Ireland). It is known that in a brief address, Johnson said he would “deliver Brexit” and “unite the country.” The EU leaders state that they are not willing to renegotiate the terms of an exit deal already agreed upon with May.

On the other hand, in terms of the relations with the U.S. it can be said that, despite once accusing President Trump of “stupefying ignorance”, Johnson has recently softened his tone in a considerable degree. Apart from that, it is crsytal clear that, the change of leadership came at a critical time for U.S.-U.K. relations, with a British tanker currently in the hands of the Iranian military. In the previous days, Iran’s Foreign Minister Javad Zarif said that “Iran does not seek confrontation.”  Adding that Iran has 1500 miles of Persian Gulf coastline, Zarif stressed that these are their waters and they we will protect them.

In terms of internal politics, there are a number of other issues of great importance that need to be adressed by Johnson. These include taxes, public spending and immigration policies. Time will show how succesful Boris Johnson will become in office.