MEDIA AS A STIMULATING FORCE IN NATION-BUILDING PROCESS 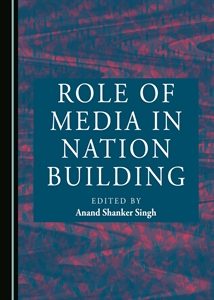 Role of Media in Nation Building

There is a growing literature on nation-building which explores the processes of negotiation and political instrumentalization through which media institutions, for example newspapers came to be used as instruments of nation-building. However, there are also a wide range of works that examine the ways in which editorials, reports, and news coverages have contributed to the reproduction of nationalist discourse. For example, the press implements a number of discursive strategies in constructing and also empowering national unity by invoking stereotypes, generic references, and military history (Bishop & Jaworski, 2003: 244).

Accounts of nationalism assume that mass media encourages people to see the world in a nationalist perspective. The media has shown to play a crucial role in (re)producing a sense of nationhood. As Schlesinger (1991: 156) pointed out, media studies have usually under-conceptualized the nation-state, while nationalism literature has failed to rigorously theorize the mass media.

During the nation-building process, in order to homogenize the masses, there is a need to label certain individuals as the ‘undesired citizens’, who do not fit the mould of this homogeneous society (nation). So, while stigmatizing and excluding particular citizens, the elites need to disseminate the idea of the ‘desired’ citizen. In this regard, the role of the media is essential. For instance, it is suggested that mass media, through symbols has actively created national consciousness (Schudson, 2002: 482). The media provides rhetorical basis for nationalistic discourse.

The hegemonic worldview (worldview of the elites) propagates its own values and norms through the media so that these values and norms become the ‘common sense’ values of all (Patnaik, 1988). The media therefore is important in providing positive self-presentation and negative other-presentation. The construction and reproduction of national identity in the media are based on a wide range of representations which support the hatred towards the ‘other’ by empowering collective will.

Concerning the role of the mass media in the reproduction of racism in the contemporary European countries, Van Dijk (1993: 241) points out that, “none of the other power elites and especially the political elites and their discourses could be as influential as they are without the mediating and sometimes reinforcing functions of the press, radio and television.”

The media not only transmits nationalist ideology but also naturalizes and reproduces it. Through agenda-setting and references to national symbols, the media transforms the ‘cognitive style’ of the masses in addition to underlining the  us/them distinction (Bostancı, 1996: 1540). In terms of understanding how the ideology of nationalism works with regards to media, it could be argued that, it is capable of generating the same effects as sacred texts: “In the system of nationalism mass media perform the same functions that sacred and priestly texts perform in other religious systems. They recall central moments of group identity, rehearse ritual and mythic structures for believers, and pull from the flux of daily life what is grist for the mill of religious nationalism…Media are instrumental in reporting blood sacrifice and assembling congregations who acquire knowledge of group threats and sacrificial occasions, and are socialized into the proper execution of ritual forms by media“ (Marvin & Ingle, 1996: 776-777).

According to Deutsch (1966), communication campaigns can be employed to create national identities allowing a nation’s people to think together. Deutsch argues that, when various communication mediums provide a means for people to share common social habits, nations can form. For Deutsch, communication channels transfer information from one group or network to another and build the relations necessary for attaining national goals.  In a similar vein, Benedict Anderson’s Imagined Communities ([1983] 1991) provides a significant theoretical account on the role of the media with regards to nationalism. Anderson argues that nationalism is a cultural artifact. Furthermore he suggests that national consciousness in the European nation-states emerged from a conjunction of print, capitalism and the fatality of human linguistic diversity (Anderson, 1991: 43). With respect to newspapers, Anderson stresses the ceremony of common readership and its role in national consciousness.

In short, the mass media has a significant role in reproducing collective consciousness by strengthening nationalist discourse among the masses. The media helps the discursive production of nationalism as an ideology that bonds people together thus contributing nation-building efforts in a considerable amount.  Through the media, public construction of images of nation and nationalism is drawn. By representing the others as deviants and enemies, the sense of national belonging is deepened. Media discourse not only reproduces nationalist sentiments, but also naturalizes them and establishes them as common-sense among the masses. Therefore, the media serves as a site wherein the discursive hegemony of the nation-builders is exercised with regard to nation-building.