THE SCARS OF SEXUAL VIOLENCE FROM BALKAN WARS STILL EXIST

June 19 is marked each year as the International Day for the Elimination of Sexual Violence in Conflict, in order to raise awareness of the need to put an end the sexual violence in

THE GLOBAL BAKU FORUM IV: WHAT TO LEARN?

This week in Azerbaijan was held The Global Baku Forum IV, organized by the Nizami Ganjavi International Center and supported by the Azerbaijani State Committee on Work with Diaspora, with the partnership of Club 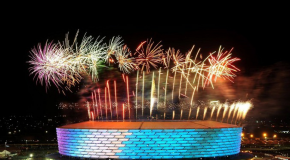