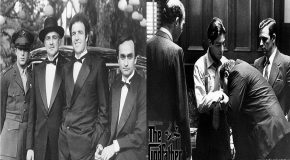 THE GODFATHER MOVIE: COMPARISON BETWEEN CORLEONE FAMILY AND PRIVATE FIRMS

Introduction The series of Godfather is known as one of the best movies in the world and has become a world classic since it was first. The first movie was selected as the second