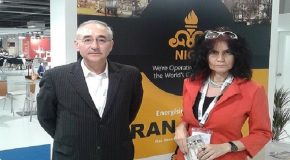 THE SCOPE AND VISION OF IRAN’S PETROLEUM AND GAS SECTOR: A TALK WITH DR. AMIR HOSSEIN ZAMANINIA, IRAN DEPUTY MINISTER OF PETROLEUM FOR TRADE AND INTERNATIONAL AFFAIRS

22nd World Petroleum Congress (WPC) in 2017, extensively renowned as the “Olympics” of the oil and gas industry held at the Istanbul Convention Center in Istanbul, Turkey on July 12, 2017. Iranian Deputy Minister of Petroleum Dr.