TURKISH POLITICS: PRESIDENT ERDOĞAN NEEDS A MIRACLE THIS TIME TO WIN THE NEXT ELECTION

Introduction Turkish people are passing through a rather difficult time these days due to disasters, economic problems, and unending political problems and disputes. The hottest problematic issue on the agenda is wildfires taking place

Introduction “Cyprus Dispute and the Eastern Mediterranean Question” is still considered as one of the most important topics in Turkish Foreign Policy. The issue needs a clarification since Turkey officially supports peace talks and 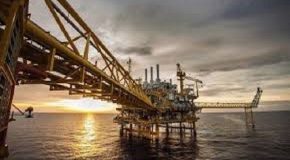 ENERGY GEOPOLITICS IN THE EASTERN MEDITERRANEAN: COOPERATION, COMPETITION, AND THE CHALLENGES THE NEW DEALS FACED

Two recent deals signed by the states in the Eastern Mediterranean have taken our attention once again to ask “what is happenning in the energy geopolitics of the region?” Who cooperates with whom? Who

Birol Yesilada (Ph.D. 1984, University of Michigan) is Professor of Political Science and International Studies, holds an endowed chair in Contemporary Turkish Studies, and is Director of the Center for Turkish Studies in Portland