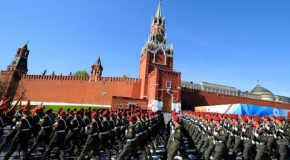 WHY DID RUSSIA TERMINATE THE TREATY ON CONVENTIONAL ARMED FORCES IN EUROPE?

The news about Russia’s unilateral termination of the Treaty on Conventional Armed Forces in Europe caused confusion among Western nations. This step triggered discontent among not only foreign countries, but also internally among opposition