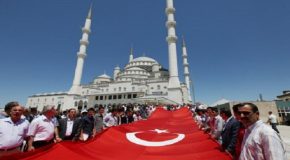 DIFFERENT SECTS AND THEIR POLITICAL LEANINGS IN TURKEY

Political Scientists try to understand and explain the voting behavior of citizens for a time being. Obviously, there are several dimensions on electoral voting and political affiliation but maybe the most important one is