“Those of you who are inclined to worry have the widest selection in history.” – Mark Twain

Relationship between politics and the media have always been an interesting topic for social scientists. Professor Eddie Girdner[1], a retired American scholar of Political Science who taught long years in Turkey and Northern Cyprus (TRNC), wrote an original chapter on “Politics and the Media” in his textbook People and Power: An Introduction to Politics.[2] Girdner analyzed the issue historically and theoretically first and then looked at the American and Turkish examples. 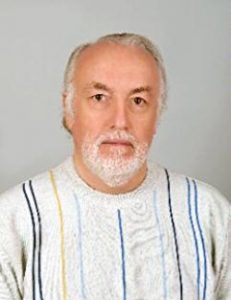 The importance of media in politics arose with the historical liberalization of politics and the participation of masses into political system via elections in republican and/or democratic systems. However, today, one cannot even imagine a political system without the media and the role of media in politics is essential. Following the French Revolution, the gradual inclusion of masses into the political spectrum witnessed the birth of popular press in Europe and USA. It became more difficult for states to hide what was really happening in their country from their people. From the first day, the media assumed a positive role in Europe in protecting the weak (citizens) against the powerful (nobles or rulers). Especially liberalism, Marxism and other variants of socialism became a guiding ideology for many journalists. This was not welcomed by ruling classes. Thus, censorship practices and political pressures upon the press were widespread in the 19th and first half of the 20th century. For instance, famous philosopher Karl Marx was deported from Germany and France. Even today, being journalist could be dangerous in countries where freedom of press is not protected. What happened to Turkish journalist Can Dündar is a recent example of political pressures over independent journalists.[3] 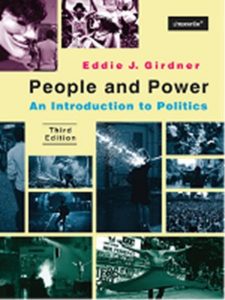 Since media became an important platform of opposition, state and government propaganda also became a norm especially in the early 20th century together with the rise of ultra-nationalist and fascist movements. Nazis proved in the first of 20th century how dangerous media could be in the hands of ultra-nationalists who do not approve international norms and values and consider media solely as a propaganda tool. Following the Second World War and especially after the end of Cold War, Western democracies reached an equilibrium by creating a pluralist media including left-wing, right-wing and liberal mainstream media channels (journals, tv stations etc.) in addition to many other marginal publications. However, media still stays under strict governmental control in authoritarian and totalitarian regimes.

Media studies also became a popular issue as the media became more influential in modern politics. In the US, Walter Lippmann became the first important analyst of media and was called as the “Dean of US journalists”. Lippmann introduced a new concept, “manufacture of consent” or “manufacturing consent” in order to criticize the political transformation of the media due to state pressures. Another American thinker Reinhold Niebuhr spoke of the “stupidity of the average man” in order to point out media’s efforts in reaching large audiences. “Misinformation” also became a key concept in recent years. Before the Iraqi War, American media started a false accusation campaign against the Iraqi state related to weapons of mass destruction. McCarthy era was also associated with witch-hunt and censorship over the press. Noam Chomsky on the other hand introduced the concept “necessary illusions” in order to show the unfair and biased attitude towards news in Western media. However, there have been also great examples of journalism in American history. Many scandals including the Watergate scandal were detected by courageous American journalists.

Media also became a diversified concept throughout the years. It all began with the newspapers and newspapers are still considered as an important part of the world of media. However, with the emergence of radio first and then television channels, a media revolution took place in US and the rest of the world. Radio in the first half of the 20th century and television after 1960s became an equally important part of the media. In fact, in many countries, television is a more important and popular platform compared to newspapers. The last revolution considering media was the emergence of internet and social media in the last two decades. Together with the development of computer and cell phone technology, people became addicted to news and journalism through internet and social media. Internet freedoms also became a political matter since in many countries free access to internet is restricted due to state pressures. Several countries including China, Iran, Saudi Arabia, Turkey and Pakistan banned various sites on the internet. According to OSCE, 3700 internet sites in Turkey were blocked for arbitrary and political reasons. Even Youtube and Twitter were blocked in Turkey temporarily, an interesting practice for a country still making negotiations for becoming an EU member.

Newspapers could be published for different reasons; some are more serious whereas some are for entertainment. Most newspapers have become a part of big business today. In the US, the more serious newspapers are the large circulation daily papers such as the New York Times, the Washington Post and the Los Angeles Times. The New York Times is also called the “paper of record”. The Wall Street Journal is also important and it is a pro-business newspaper that sings the praises of capitalism according to Girdner. In the US, big media institutions are owned by media moguls such as Rupert Murdoch. American television channels are also numerous, but traditionally they have not been able to reach the quality level of BBC.

Turkey is a rich country considering radio stations as well. Radio broadcasting began in Turkey in 1927 and now there are more than 1100 private radio channels in Turkey. These include 36 national, 102 regional and 950 local radio channels. Most popular radio channels are Kral FM, Super FM, Metro FM, Power Turk and Best FM. A listener supported radio station, Açık FM is also an interesting case.