More than a month after Saudi Arabia, the United Arab Emirates, Bahrain, and Egypt imposed an embargo on Qatar over its support for terrorism, the tiny Gulf state is lonelier, but just as wealthy as ever. The tiny oil- and gas-rich Gulf state of Qatar has been cut off by some of its powerful Arab neighbours over its alleged support for terrorism. Gulf allies have repeatedly criticized Qatar for alleged support of the Muslim Brotherhood, a nearly 100-year-old Islamist group considered a terrorist organization by Saudi Arabia and the UAE. The UAE accused Qatar of “funding and hosting” the group in its statement announcing the severance of ties. However, analysts say the rift is also driven by the belief that Qatar is too closely aligned with Iran. Saudi Arabia and Iran are at odds over a number of regional issues, including Iran’s nuclear program and what Saudis see as Tehran’s growing influence in the kingdom’s sphere of influence — especially in Syria, Lebanon and neighboring Yemen. Qatar and Iran share the largest underwater natural gas field in the world. But recent Gulf reports have charged the relationship goes beyond resource management, accusing Qatari officials of meeting with the head of Iran’s Revolutionary Guard corps.[1] Qatar refused to comply with an initial list of 13 demands, saying it would not agree to any measures that threatened its sovereignty or violated international law. The emirate has now been told by its neighbours that they want it to accept six broad principles on combating extremism and terrorism.

Qatar has long practised an ambitious foreign policy with different priorities to its neighbours, but there are two key issues which have angered them in recent years. One is Qatar’s support for Islamist groups. Qatar acknowledges that it has provided assistance to some, such as the Muslim Brotherhood, but denies aiding militant groups linked to al-Qaeda or so-called Islamic State (IS). The other key issue is Qatar’s relations with Iran, with which it shares the world’s largest gas field. The Shia Muslim power is Sunni Muslim-ruled Saudi Arabia’s main regional rival. 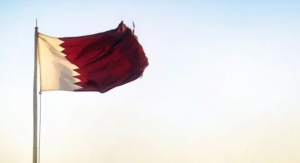 Qatar has denied its neighbors’ accusations and missed last week’s deadline to meet the demands. It said it won’t accept any conditions it considers a violation of international law. The UAE threatened further sanctions in response. “Next greater isolation, incremental measures & reputational damage stemming from Doha’s continued support for extremism & terrorism,” Anwar Gargash, UAE Minister of State for Foreign Affairs, said on Twitter two weeks ago.

How Did We Get Here?

5 June: A number of Arab countries including Saudi Arabia and Egypt cut diplomatic ties with Qatar, accusing it of destabilising the region. Measures include closing airspace to Qatar Airways.

8 June: Qatar vows it will “not surrender” the independence of its foreign policy amid US calls for Gulf unity.

23 June: Qatar is given 10 days to comply with a 13-point list of demands, including shutting down the Al Jazeera news network, closing a Turkish military base, cutting ties with the Muslim Brotherhood, and curbing diplomatic relations with Iran.

1 July: Qatar’s foreign minister says the state has rejected the demands, but is ready to engage in dialogue under the right conditions.

3 July: Saudi Arabia and its allies extend by 48 hours the deadline for Qatar to accept their list of demands.[2]

What Do Qatar’s Neighbours Want?

Qatar’s neighbours said on 5 July they had received a “negative response” to the 13-point list of demands presented to Qatar on 22 June. In return for ending the restrictions, they had told the emirate to:

On 18 July, diplomats from the four nations said they were no longer insisting Qatar comply with the demands and instead wanted it to commit to six broad “principles”. They were combating terrorism and extremism, denying financing and safe havens to terrorist groups, stopping incitement to hatred and violence, and refraining from interfering in the internal affairs of other countries.[3]

What Does Qatar Say?

Qatar’s Foreign Minister Sheikh Mohammed bin Abdul Rahman Al Thani said on 5 July that its neighbours were “demanding that we have to surrender our sovereignty”. That was something it would “never do”, he stressed. “Qatar continues to call for dialogue, despite the violation of international laws and regulations, despite the separation of 12,000 families, despite the siege that is a clear aggression and an insult to all international treaties, bodies and jurisdictions,” Sheikh Mohammed added.

Qatar has provided assistance to Islamist groups designated as terrorist organisations by some of its neighbours, notably the Muslim Brotherhood and the Hamas movement. And while Qatar is a member of the US-led coalition against IS, it has faced accusations from Iraqi Shia leaders that it provided financial support to jihadists. Qatar and Saudi Arabia for that matter – has also provided money and weapons to hardline Islamist rebels fighting Bashar al-Assad in Syria. But it has stressed that it does not have links to the al-Qaeda-linked alliance, Hayat Tahrir al-Sham.

Qatar’s neighbours also seized on a report alleging it had paid a ransom of $1bn (£770m) to Iraqi Shia militias, Iranian security officials and Hayat Tahrir al-Sham as part of a deal to secure the release of royal family members kidnapped in Iraq. On 18 July, NBC News cited US intelligence officials as saying that €300m ($345m; £265m) had instead been paid to the Iraqi government, which had been in contact with the hostage-takers and subsequently confiscated the cash. Qatar said the money “was to support the authorities” in Iraq for the release of “abductees”.[4]

Is The US Trying To Resolve The Dispute?

he US might be expected to want the crisis to end quickly because Qatar hosts the largest American military facility in the Middle East – al-Udeid airbase. President Donald Trump was nevertheless quick to claim credit for the pressure being placed on the emirate, saying it might mark the “beginning of the end to the horror of terrorism”. But his Secretary of State, Rex Tillerson, subsequently questioned the list of demands, acknowledging that some elements would “be very difficult for Qatar to meet”. Mr. Tillerson has been conducting shuttle diplomacy in the region and on 11 July signed a memorandum of understanding with Qatar on terrorism financing.[5]

The Qataris, seeming to realize the United States won’t be willing to cover for their misdeeds indefinitely, have to hope some other power would put its soldiers in harm’s way on their behalf. As it turns out, one country just might take them up on it: in response to the embargo, Turkey fast-tracked the potential deployment of its troops to a military base in Qatar. That decision is a show of support from one pro-Islamist regime to another, but Turkey’s Recep Tayyip Erdogan would have send thousands of his troops to the Persian Gulf—at the same time the Turkish military reels from political purges—to truly fill in for 10,000 departing Americans. Without the United States and beyond Turkey, Qatar’s list of friends is dwindling to terrorist groups like Hamas and rogue states like Iran. The Qataris can still decide to come in from the cold, but the days of playing both sides are running out.[6]