The general elections on 22 October 2017 was held for the first time after the electoral law was revised in July 2017 and the number of the seats of the House of Representatives was reduced from 475 to 465. The electoral system is the parallel voting. 289 of 465 seats are for single-member district and 176 seats are for proportional representation. 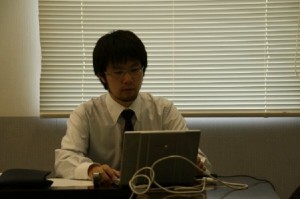 As a result, the conservative governing coalition, the Liberal Democratic Party (LDP) and the Komeito seems to lose some seats, however they will succeed in keeping more than two thirds of the seats (310 of 465 seats), which is need to propose the constitutional amendment, and Mr. Shinzo Abe’s government will be continued. The constitutional amendment was one of the main issues of the elections as well as the economic and social welfare issues and the LDP aims to change the article 9 of the current constitution which is outlawing war as a means to settle international disputes involving the state. In the elections, the LDP claimed to change it in order to write the name of the Japan Self-Defense Forces in the article 9 and make the JSDF fully constitutional – because the status of the JSDF is still constitutionally ambiguous and some scholars, political parties and citizens criticize that it is unconstitutional. Moreover, besides the LDP, some conservative political parties, such as the Party of Hope and the Nippon Ishin no Kai, also claimed the constitutional amendment for other points.

On the other hand, the situation of opposition parties was dramatically changed in the elections. Firstly, just after Mr. Abe’s decision to dissolve the House of Representatives, Mr. Seiji Maehara, the leader of the main opposition party, the Democratic Party of Japan (DPJ), declared that his party will join the newly established Party of Hope whose leader is Ms. Yuriko Koike, the governor of Tokyo since August 2016 and a former MP of the LDP. He explained that the merge of these two parties is necessary to defeat the Abe’s strong government, however, Ms. Koike rejected to accept the members of the DPJ who couldn’t share her party’s ideas of the national security and the constitutional amendment. After that, some members of the DPJ who didn’t accept Ms. Koike’s claim established the Constitutional Democratic Party of Japan (CDP) whose leader is Mr. Yukio Edano. Therefore, just before the elections, the main opposition party was practically dissolved and its members were divided into the three groups: the Party of Hope, the CDP, and the independents.

In this situation, the general elections was competed by mainly three groups of political parties: (1) The coalition government – the LDP and the Komeito, (2) the conservative parties against the government – the Party of Hope and the Nippon Ishin no Kai, (3) the “liberal”* parties opposing to constitutional amendment – the CDP, the Japanese Communist Party (JCP), and the Social Democratic Party (SDP). The CDP, who succeeded in gaining supports from anti-government sentiment and cooperating with the JCP, became the main opposition party. The Party of Hope lost many seats and became the second opposition party.

Since the CDP, who opposes the constitutional amendment in the LDP style under Mr. Abe, became the first opposition party, the LDP’s attempt of the amendment will not be so easy. Moreover, the coalition partner, the Komeito, is also known for its discreet attitude for the amendment. Mr. Abe will be needed to have more balanced and negotiating strategy. For the opposition parties, some little rearrangement can be happened in the near future. Ms. Koike and her party’s loss will be one of the key points. Also, the movement of the independents which include some former DPJ members are significant.

De facto dissolution of the DPJ who had the members with very wide range of political tendency supplied two reasonable choices to the constituency – the conservative opposition (Party of Hope) and the liberal opposition (the CDP) against the LDP. However, if the large political rearrangement happens and these choices are lost, the constituency may significantly lose their trust and expectation to the politics. In this sense, the opposition parties’ behavior is very critical not only for the constitutional amendment, but also for the future of the politics in Japan. The voter turnout was still low, around 54 %, and not so different from the previous one (52.7 % in 2014 – it is the lowest rate in Japan after the World War II).