Sino-American Relations is of the most interesting debate topics and study areas in international politics in the last years. China’s rapid economic modernization and high growth rates followed by the unpopularity of USA after the Iraqi War (2003) led to the emergence of a new academic literature based on Chinese rise and American fall. There are different opinions in the US about how to manage relations with China. In this piece, I am going to focus on two different perspectives offered by two important American scholars; John Mearsheimer and Joseph Nye. 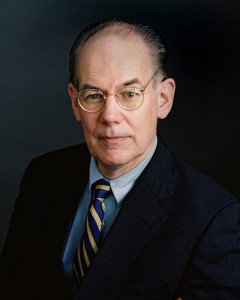 John Mearsheimer is an influential American International Relations theorist and scholar from Chicago University.[1] Born in 1947, he is especially influential in the military circles. His most controversial views concern alleged influence by interest groups over US government actions in the Middle East which he wrote about in The Israel Lobby and U.S. Foreign Policy. He is also the pioneer of the “offensive realism” school within the Realist perspective and defended these views in his book The Tragedy of Great Power Politics. Mearsheimer made two important speeches recently on the Sino-American Relations; one in Ottawa University in 2012[2] and the other as the keynote speaker for the opening of 2013 Army War College Strategy Conference.[3]

According to Mearsheimer, China will continue to rise for another 30 years and eventually will transform into a giant Hong Kong. However, in his view, this rise will eventually bring an inevitable confrontation between USA and China. This is caused fundamentally by human nature and also by the tendencies of new generation Chinese leaders aspiring to world leadership. In Mearsheimer’s perspective, China will soon begin to imitate American methods for world leadership as its self-confidence will continue to increase with its economic growth. However, China will continue to lack the military and economic potential for world leadership. Moreover, the new foreign policy initiative started by the Obama administration will make US and its allies (Australia, Japan, South Korea, India and Singapore) stronger in the region. For Mearsheimer, in order to prevent an aggressive China, US has to take the lead and become militarily, politically and economically stronger in that region. Otherwise, it is not the US, but the countries neighboring China will become targets of newly emerging Chinese superiority. Mearsheimer here makes a reference to a new version of “containment policy” advocated by George Kennan against the Soviet Russia during the Cold War.

Mearsheimer, unlike many other American decision-makers and observers, thinks that Russian Federation and its leader Vladimir Putin is not a real threat to United States and Chinese rise is a more important problem for the American leadership. Mearsheimer also thinks that Senkaku/Diaoyu Islands, Taiwan and South China Sea are the most risky areas where US-China confrontation might turn into a real military crisis. Joseph Nye is a Professor of Political Science from John F. Kennedy School of Government at Harvard University.[4] Born in 1937, Nye is one of the most important and influential contemporary scholars in the Political Science branch.[5] He is the co-founder, along with Robert Keohane, of the international relations theory of neoliberalism, developed in their 1977 book Power and Interdependence. Nye is often known with his concept of “soft power” but he wrote on many different subjects as well. Nye, recently began to focus on Sino-American Relations and made an important speech in Cambridge Forum in 2012.[6]

Nye begins his speech by giving examples from history about the rise of new powers disturbing already existing dominant forces. In his view, similar to the rapid rise of Germany after the First World War, China’s rapid rise in recent years disturb US and create some anxities about the real intentions of that country. However, unlike what Mearsheimer suggests, Nye thinks that this does not mean the rivalry between US and China is inevitable. Joseph Nye accepts that the good economic performance of China in recent years caused a kind of “hubris” feeling among Chinese decision-makers. This was followed by a more aggressive foreign policy and rapid military modernization by the People’s Republic. However, Nye thinks that although China’s rise is for real, American decline is exaggerated and USA’s loss of power is only relative, not absolute against this country. Moreover, in Nye’s perspective, US still has a lot of advantages compared to China which will be more influential in the long run.

First of all, US economy is one of the 5 most competitive economies in the world and China is still way behind the US in terms of competitiveness of the economy. Secondly, American universities are in better position compared to Chinese universities, which means US migth keep its technological superiority against this country for long years.  It is also a fact that China sends ten thousands of students to US each year to learn more about the American education system. Thirdly, in terms of technology and innovation also, although China has made a huge step forward in recent years, US has still the lead in the world.

The real problem for Nye is not the fall of US, but the rise of others including China, India and Brazil. As these countries modernize and begin to have a more stable political and economic system, the gap between US and these countries is narrowing. However, this does not mean that the US is losing power. This does not mean either that China will become a world superpower in the near future. China, without any doubt, will soon surpass USA in terms of total GDP, but in terms of per capita income, US will continue to have superiority against this country during the 21st century.

Another important problem for China is that, China’s economic rise might face with some problems. It is a known fact that as countries get richer, their economic growth rates reduce. China might not always protect its attractiveness for international capital since it might have difficulties in the near future in keeping efficiency and cheap labour force. Moreover, for Nye, power is not only related to political, military or economic power. In Nye’s view, US is also more powerful against China in the field of soft power. Chinese President Hu Jintao also mentioned this in 2007 in Communist Party Congress. In addition, China’s rapid military modernization began to disturb its neighbors including Japan, South Korea and Australia. US on the other hand, started the policy of “Asia Pivot” with Barack Obama’s presidency and became a more influential actor in the Asia-Pacific region by bilateral and multilateral economic (Trans Pacific Partnership Agreement for instance) and military agreements. US, thanks to Hollywood and its music industry, has a dominant position against China in the field of soft power. For all these reasons, US will keep its gradual superiority against China for long decades. Instead of boosting fears and enmity in bilateral relations, both sides should better work on a cooperative model to arrange their new type of great power relations. It should be also added that both countries are not in the position of existential threats to each other. China, unlike Nazi Germany, is not a power that wants to destroy its challengers. In addition, China and US have to work together on many issues including nuclear proliferation, global warming, fighting terrorism etc.

If we have to make a comparison between these two important scholars, it should be first stated that Mearsheimer sees the conflict as inevitable, whereas Nye thinks it can be prevented. Secondly, Mearsheimer focuses on hard power instruments such as the military capacity, economic power etc., whereas Nye focuses also on the soft power instruments. However, both of these scholars seem to agree on the idea that during the 21st century also American leadership will continue.

[3] Full speech can be seen from here; http://www.youtube.com/watch?v=V3M3RxzJSfU.

[5] “Who are the top international-relations specialists? Surprise! Scholars have a very different view than policymakers do”, Foreign Policy, Date of Accession: 06.01.2016 from http://ricks.foreignpolicy.com/posts/2014/09/25/who_are_the_top_international_relations_specialists.

[6] Full speech can be seen from here; http://www.youtube.com/watch?v=BwWT0kbYSZs.