Samuel P. Huntington (1927-2008)[1] was a prominent American political scientist and academic. Huntington spent more than half a century at Harvard University and worked as the White House Coordinator of Security Planning for the National Security Council during the Carter administration. He is best known for his 1993 theory, “The Clash of Civilizations”[2] which he first asserted in his article “The Clash of Civilizations?”[3] in Summer 1993 edition of the Foreign Affairs magazine in response to his former student Francis Fukuyama’s 1992 book, The End of History and the Last Man. Huntington later developed his views and published his chef d’oeuvre The Clash of Civilizations and the Remaking of World Order in 1996 as a book[4]. 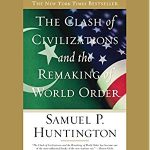 The Clash of Civilizations and the Remaking of World Order

Essence of the Theory

With his theory, Huntington rejected classical Marxist and liberal approaches and revitalized the Weberian tradition of superstructure by focusing on the civilizational aspects of nations and states. He thought that people’s cultural and religious identities (the civilization that they belong) will be the primary source of conflict in the post-Cold War world. He divided nations on earth into 9 main civilizational categories: Western (European and North American)[5], Orthodox (mainly Russia), Islamic, African, Latin American, Sinic, Hindu, Buddhist and Japanese. He claimed that a civilization is a cultural entity and the highest level of grouping that distances people from other people. In his view, civilization is defined both by common objective elements, such as language, history, religion, customs, institutions, and by the subjective self-identification of people. Civilizations obviously blend and overlap, and may include subcivilizations as well. Western civilization has two major variants, European and North American, and Islam has its Arab, Turkic and Malay subdivisions.

Major civilizations according to Huntington

A “lone country” or a “lone state” on the other hand lacks cultural commonality with other societies. Ethiopia for example, is culturally isolated by its predominant language, Amharic, written in the Ethiopie script; its predominant religion, Coptic Orthodoxy; its imperial history; and its religious differentiation from the largely Muslim surrounding peoples. While Haiti’s elite has traditionally relished its cultural ties to France, Haiti’s Creole language, Voodoo religion, revolutionary slave origins, and brutal history combine to make it a lone country as well. Japan is also a “lone country” although it has strong political and military ties with Washington. Japanese culture is particularistic and does not have a universal religious or political aspect.

In addition, there are some “cleft countries” that include large groups of people from different civilizations. “Cleft countries” often have problems about their unity. In Sudan for instance, civil war has gone on for decades between the Muslim north and the largely Christian south. Huntington wrote that the same civilizational division has bedeviled Nigerian politics for a similar length of time and stimulated one major war of secession plus coups, rioting, and other violence. Other examples can be listed as India (Hindus and Muslims), Sri Lanka (Sinhalese Buddhists and Tamil Hindus), Malaysia and Singapore (Chinese and Malay Muslims), China (Han Chinese, Tibetan Buddhists, and Uyghur Muslim Turks) and Indonesia (Muslims and Timorese Christians).

The last category is “torn countries” and it includes states such as Turkey, Russia, Australia and Mexico.[6] Torn country concept refers to states and nations that had a strong cultural change in their history (often Westernization) due their political elite’s preferences. Peter the Great and Catherine the Great of Russia and obviously Mustafa Kemal Atatürk from Turkey are great examples of leaders that implemented a cultural change. However, their legacy is often mixed and controversial.[7]

Turkey is the country that in fact gives its true meaning to Huntington’s concept and theory of “torn country”. Turkey for long centuries during the Ottoman Empire represented the Islamic civilization and Ottoman Sultans carried the title of Caliphate. However, after the collapse of the Ottoman State following the First World War, Mustafa Kemal Atatürk established modern Republic of Turkey and began to implement his shocking reforms that aim to make Turkey a part of the Western civilization. Rejecting the idea of a multinational empire, Kemal aimed to produce a homogeneous nation state. Huntington wrote:

He (Atatürk) abolished the caliphate, the central source of religious authority, ended the traditional education and religious ministries, abolished the separate religious schools and colleges, established a unified secular system of public education, and did away with the religious courts that applied Islamic law, replacing them with a new legal system based on the Swiss civil code. He also replaced the traditional calendar with the Gregorian calendar and formally disestablished Islam as the state religion. Emulating Peter the Great, he prohibited use of the fez because it was a symbol of religious traditionalism, encouraged people to wear hats, and decreed that Turkish would be written in Roman rather than Arabic script. This latter reform was of fundamental importance. “It made it virtually impossible for the new generations educated in the Roman script to acquire access to the vast bulk of traditional literature; it encouraged the learning of European languages; and it greatly eased the problem of increasing literacy.” Having redefined the national, political, religious, and cultural identity of the Turkish people, Kemal in the 1930s vigorously attempted to promote Turkish economic development. Westernization went hand-in-hand with and was to be the means of modernization.

Atatürk’s model of Westernization worked successfully during the Cold War since Turkey was a very important country for the Western world in terms of security. However, the end of Cold War brought some problems to Turkish model as well as Turkey’s relations with the Western world. Turkey’s geopolitical and military importance was no longer present according to some Western analysts since Soviet threat ended. The end of Cold War also dragged Turkey into a new search for identity. Islamic and Turkic identities became much more apparent and stronger in this new era. Especially the resurgence of Islam was unstoppable in Turkey and led to fundamental changes in Turkish state structure and Turkish foreign policy. Although Turkey was once hopeful about becoming a member of the European Union (EU), the idea seems rather absurd right now looking both from Brussels and Ankara. Huntington thinks that Turkish people unlike Turkish state elite began to reject the idea of Westernization and the process caused even stronger anti-Western sentiments. This is the true reason of Turkey’s Islamization process. However, Turkey’s situation is still open to discussion. 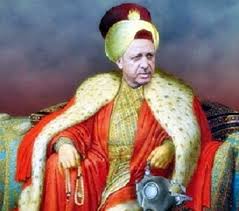 Recep Tayyip Erdoğan: Will he be a new Sultan?

Explaining the Rise of Erdoğan

Huntington also wrote that Turkey could have another transformation in the years to come since it is now in the situation of a beggar pleading for membership in the West. Moreover, its historical heritage makes Turkey a perfect candidate for transforming into a “core state” for representing the Islamic civilization. Although Turks have a long pre-Islamic history as well, Huntington believes that the strong legacy of the Ottoman Empire make this country potentially a stronger core country than Saudi Arabia, the original home of Islam. He further states that Turkey has the history, population, middle level of economic development, national coherence, and military tradition and competence to be the core state of Islam. However, Atatürk’s legacy still prevents Turkey to make such a radical shift and fully embrace its Islamic identity. In that sense, Huntington finally concluded that Atatürk’s reforms are still strong and Turkey needs a strong Islamic leader who would be of Atatürk’s caliber (a kind of second Atatürk who will be more Islamic and will reverse his reforms) and who would transform Turkey into an Islamic core state without any hesitations. He even wrote that Turkey will have to reject Atatürk as Russians rejected Lenin after the collapse of USSR in order to fully embrace this new identity.

Huntington’s this last comment in fact describe the coming of Recep Tayyip Erdoğan, an Islamist politician whose rise started in the mid-1990s as the municipal leader of Istanbul. Erdoğan is now the undisputed chef and the President of Turkey and he is a great example of “from zero to hero” model. Erdoğan is a man of the people with his aggressive, anti-Western and Islamic rhetoric and he openly opposes to Atatürk’s reforms and secularism. His electoral success shows that Erdoğan fits into Huntington’s description perfectly well, but he still represents only the half of the country. The other half of Turkey on the other hand still seems closer to Atatürk’s model.

How Turkey will manage this bipolar social and political structure will of course be a million dollar question in the 21st century and a major research subject for political scientists and sociologists. But Huntington’s prophecy is interesting since he wrote this book when political Islam in Turkey (Erbakan tradition) was weak and did not have high approval (only 20-21 percent) in the mid-1990s.

[2] For details about his theory see; http://politikaakademisi.org/2015/12/21/the-clash-of-civilizations-by-samuel-huntington/.

[3] The article is here; https://www.foreignaffairs.com/articles/united-states/1993-06-01/clash-civilizations.

[4] The book is available at Amazon.com; https://www.amazon.com/Clash-Civilizations-Remaking-World-Order/dp/B004U522OS/.

[5] Huntington does not make any reference to Catholic-Protestant and secular-religious cleavages in Western countries which might be a major source of criticism against his theory.

[7] Huntington wrote that for a “torn country” to successfully to redefine its civilizational identity, at least three requirements must be met. First, the political and economic elite of the country has to be generally supportive of and enthusiastic about this move. Second, the public has to be at least willing to acquiesce in the redefinition of identity. Third, the dominant elements in the host civilization, in most cases the West, have to be willing to embrace the convert.