Never mind the successful perception management efforts in the media; what has been happening in Ukraine symbolizes the ultimate victory of the West (USA), not Russia. Russia geopolitically lost what it has already got -that is Ukraine- and now tries to get a small share of it (Crimea). Once a strong empire having an alternative model to Western liberalism (communism-Bolshevism) till Berlin, what Russia has been doing under Vladimir Putin’s leadership is just playing defensive to prevent further goals. Thus, Putin is nothing more than Lev Yashin and far from being Oleg or Oleh Protasov.

In 2008, Russia achieved to keep Georgia from slipping into Western bloc, but now it is highly questionable if the strongman in Moscow could keep the whole country on his side. It is a fact that Russia could easily carve up Ukraine from Crimea and this will probably be reflected by Putin and his men as a victory to Russian people.[1] But, having a permanent political problem with the new administration in Kiev, Russia might face new risks especially about the safe transportation of its natural resources as well as security issues. The clever on the side of Putin, was to diversify the energy routes from his country to Europe by North Stream and South Stream though % 80 of Gazprom’s energy roads are said to be passing from Ukraine.[2] 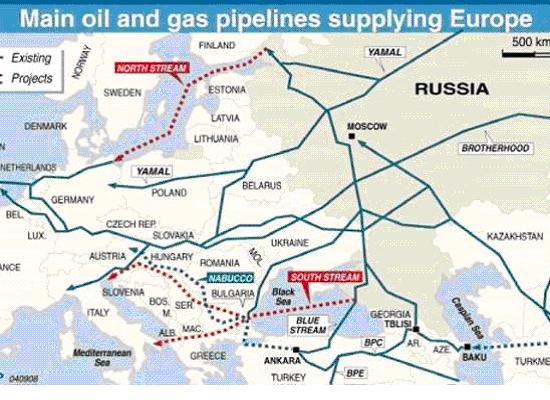 Here, the problem might appear for European countries such as Macedonia, Bulgaria, Serbia & Montenegro, Greece, Czech Republic, Austria and Hungary who are heavily dependent on Russian gas, but the new discoveries in the East Mediterranean, in Cyprus and Israel, might compensate Europe’s loss in short time period.[3] Thus, what Europe and USA should do now is to force an urgent energy agreement in Cyprus even before than a political settlement. In this case, Moscow might not use the card of energy well as it did in 2009.[4]

The problem on the side of Moscow is larger than a country slipping. Moscow has been failing to produce legitimacy and does not offer an attractive alternative political model to the world since the fall of communism. Whether you like it or not, communism was a strong ideology touching to ordinary people’s lives and was creating a Russian sympathy. But now, with a worse model of capitalism and one-man leadership style, Russia could not compete with EU’s democratic standards and Washington’s “soft power”. Hard military power and energy threats might not be enough for Russia in such a diversified and libertarian world. Thus, Russia must produce a new ideological model that could keep “near abroad” countries in Caucasia and Asia attached to Moscow.

In short, in order to have a prestige and weight in foreign policy, Russia must learn how to win the hearts rather than just bullying. Eurasian perspective created by Aleksandr Dugin might be good for Asian steps, but it will not enough to convince Westernized people in Caucasia. Lastly, is not it strange that the country of Tolstoy, Dostoyevski and Tarkovsky could not raise a well-known artist anymore? Even this example shows that there is a big mistake in Moscow.

[1] “Ukraine: Russia’s Weakness, Not Obama’s”, The National Interest, Date of Accession: 02.03.2014 from http://nationalinterest.org/blog/jacob-heilbrunn/who-will-die-crimea-9985.